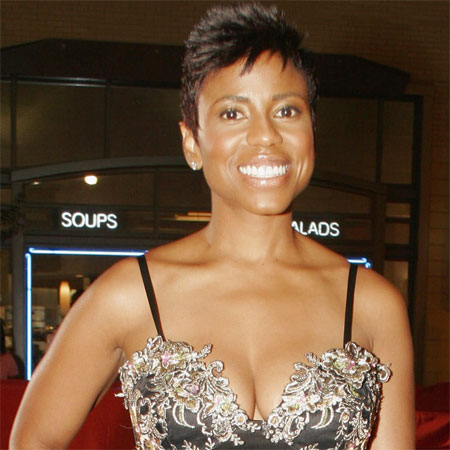 Jacque Reid is an American television and radio personality and a journalist known as the former lead news anchor of BET Nightly News. She is the co-host of NBC’s New York Live and the voice of The Tom Joyner Morning Show.

She is the owner if the site singleandlivingfab.com, where she writes about embracing and celebrating the single life encouraging the single women to live their life at its best not worrying about their age to get married, have a husband and children. Jacque Reid was born on January 31, 1975, as Jacqueline Elaine Reid.

Jacque Reid was born in raised in Atlanta. She is an American citizen and is from the Black community. She has not disclosed any information regarding her parents or early childhood.

She is a graduate of Clark Atlanta University with the Bachelor’s degree in print journalism and has received master’s degree from Broadcast journalism from Northwestern University. Jacque Reid is the member of Delta Sigma Theta Sorority, Inc.

Jacque Reid started her career as an anchor and reporter for WBSG-TV based in Brunswick, Georgia. Then she moved to WKYT-TV in Lexington, Kentucky. He also has worked for KPRC-TV, CNN HLN and currently works as the co-host of NBC New York affiliate show ‘New York Live’.

Appearing in short hair and fit body, Jacque Reid is a health and fitness enthusiast. She was one of the co-hosts of NBC along with Sara Gore and Lilliana Vazquez to have covered the first look of the 2017 74th Golden Globes Awards red carpet. She also had covered the news of 73rd Golden Awards moments in 2016.

The exact net worth and salary of Jacque Reid is unknown but is believed to earn a high amount of salary from her employer and her net worth is also believed to be high that she has made from her salary and other ventures.

Jacque Reid has not disclosed much information regarding her. There is a short biography of her in Wikipedia which is not enough to learn about her. Other internet sites also lack information on her. It seems she does not want to come in the limelight and want to keep herself out of media radar except being the journalist and appearing on the television.

In an interview with Victoria Uwumarogie, Jacque Reid stated that she loves Black people as she is an African America but has no obligations to date with any man she is compatible with.

Jacque Reid also has confessed she has been on arranged blind dates that were very classic where the man comes to pick the lady, drops her off and make sure she’s back home.