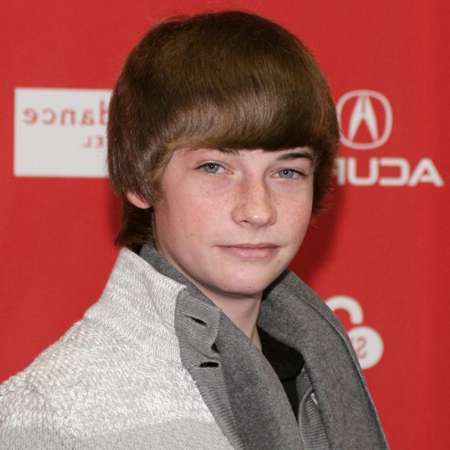 Jacob Seth Lofland known by his stage name Jacob Lofland is an actor. He is famous for his role as Neckbone in the film 'Mud,' which was released in April 2012 and as Aris Jones in 'The Maze Runner: The Scorch Trials' of 2015. He was born to Debra Lofland and Billy Lofland on July 30, 1996. His birth place is Briggsville of Arkansas, US. There is no much word about his family background and no information available about his siblings. He began his acting career at the age of 16.

Lofland was homeschooled by his mother, which he later credited as his school. His mother filled up the application of open cast which she shows in the local newspaper because she thinks her son's personality matches the role. He took a plane to Austin, Texas after he was first called for the audition by Jeff Nicolas and producer Sarah Green.

Nicholas finds every needed personality for his film 'Mud' in Lofland and decided to select him to take the role after going through an audition. To be precise, he was selected immediately within 24 hours and within a month he and the whole movie crew was found at the location.

Apart from acting, he likes to go fishing, boating, hunting, and loves to ride a dirt bike. Which he got interested at a very young age of 6. He graduated in 600 MiniSprint when he was 11 years old. This young actor opens a door to appeared in a number of movies for his excellent work in Nicholas's film 'Mud'. “Jacob has the very rare gift of being natural in front of a camera," Nichols commented on his work and he further added, "Lots of people can understand this concept, but very few can enact it. You don't see a change in him between action and cut. It's a natural gift."

There is no online source where we could find his relation with anybody or his girlfriend. Till date, there is no news or rumor about he is dating. Jacob, growing up in a small rural town on the Fourche River of Briggsville, never thought or expected to get this high, he said in his interview with Times. Currently, he is living with his parent.

As of 2016, he is 20 years old. His height is 5 feet 11 inches. Unfortunately, there is no link available about his weight but we think he might be approximately about 55-60 kilogram.
Sadly, till now his net worth and salary are not yet highlighted by any websites so far. However, we believe that he is earning a lot by now.

One can find this good soul Lofland on Tumblr and other several social platforms. One also can read his bio on Wiki.