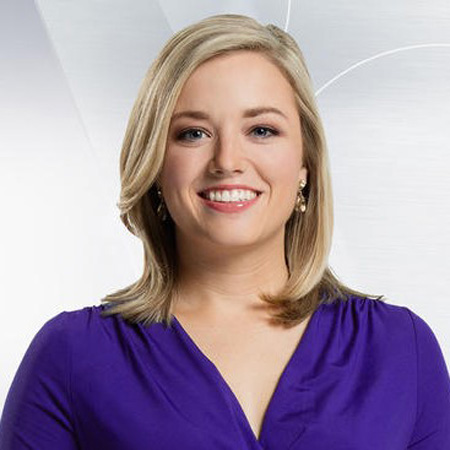 Jackie Layer is an American meteorologist who recently joined NBC Boston and NECN in 2016 August, well known for her amazing coverage for thunderstorms and hurricanes.

Jackie Layer was born in the United States of America. She joined Penn State University and graduated with a bachelor's degree in Meteorology. She is of White ethnicity holding an American nationality.

During her days at Penn State University, Layer took advantage of all the clubs and activities both the university's Campus Weather Service, also 1-minutes educational weather show titled 'Weather Or Not,' every week.

The educational show gave her the opportunity to experience, anchoring, forecasting, and creating feature stories. Additionally, Jackie was also a member of Penn State's Dance MaraTHON.

The MaraTHON was organized for a year-long fundraising effort that culminated into a no sitting, no-sleeping, forty-six-hour dance marathon to create awareness to make money for families that are harmed by childhood cancer.

Jackie Layer had an opportunity to start her career in the Midwest-tracking tornadoes, severe thunderstorms, and lake effect snow at WBND (ABC-57) in South Bend, IN.

Layer spent three years in 'Michiana' and began forecasting during one of the snowiest and coldest winters that southwest Michigan and northwest Indiana had ever seen. Jackie's first winter in the area and wind chills dropped to 40 below zero.

Later, she was able to host the intermission competeti9ns on-the-ice during Notre Dame Hockey home games. In 2015, Layer served as a reporter, and the following year she worked as an anchor for Notre Dame Day which was a global celebration over a 36-hour broadcast to showcase Notre Dame's tradition and progress.

Jackie Layer is not married to date. There is no news regarding her relationship affairs. However, she keeps posting her photos with a guy on her Instagram account, but both of them have not confirmed their relationship status.

Besides, Jackie loves outdoor activities, mostly running. She ran her first half marathon in 2014 in Chicago. The layer also loves spending time with her family and friends, traveling, and maintaining her body shape.

Jackie Layer earns a decent amount of money from her successful career as a meteorologist, as she has covered various Hurricanes and weather situations.

Currently, Jackie's total net worth is estimated to be a million dollars.