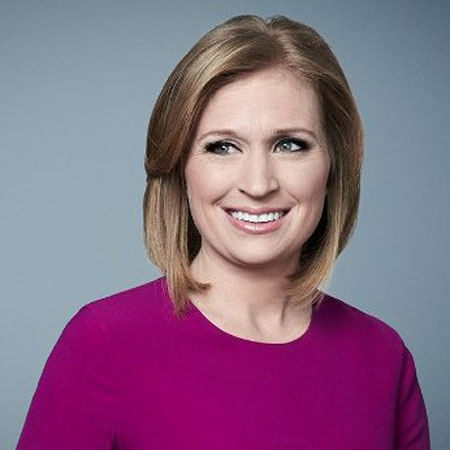 Jacqueline Faith "Jackie" Kucinich is an American reporter with an interest in politics. Currently, she is working as a Washington bureau chief for The Daily Beast. She is also well known for the daughter of the former Mayor of Cleveland Dennis Kucinich. She has been serving as a CNN commentator since the 2016 presidential election.

She has been married to Jared Allen since 2011.

Jackie Kucinich was born in Columbus, Ohio, United States of America, on November 10, 1981. She is the only child of Politician father, Dennis Kucinich & Mother Sandra Lee McCarthy. Her father is former Cleveland Mayor, 2004 and 2008 US Presidential Candidate, as well as former longtime (1997-2013) US Representative.

Jackie’s mother was an English and broadcast journalism teacher. However, Jackie’s parents divorced in 1986, shortly before her fifth birthday.

She belongs to American nationality and as far as her ethnicity is concerned, Jackie is a Caucasian. She attended the American University in Washington DC and earned a degree in journalism & political science.

At the beginning of 2005, Jackie Kucinich began her journalism career after became a reporter, covering Congress for the political newspaper The Hill. At the time, some members of the House Republican accused her of “beating up” on conservatives.

Jackie moved to USA Today in the year 2011 and covered the 2012 presidential elections. Moreover, she is a frequent guest commentator on CNN and MSNBC. She has also featured on Fox News and C-SPAN.

Jackie later landed at the Washington Post in April 2013 and worked as co-anchor on the company's new Web channel. Currently, she is working for The Daily Beast as a Washington bureau chief since 2015.

Jackie Kucinich is a successful journalist. Jackie has earned a good amount of net worth from her journalism career, but due to his secretive nature, the exact figure is still not confirmed. However, it is certain that she has acc u mulated a net worth of millions. She has light brown colored hair and hazel colored eyes.

The 35 years old Jackie Kucinich is a married woman. She is married to her long-time partner Jared Louis Allen. The couple exchanged wedding vows on 19th October 2011. The couple’s wedding ceremony was organized at the home of the bride’s father in Washington, D.C.

Jackie’s husband Jared is an a s sistant vice president for strategic communications at FTI Consulting, a public affairs firm based in Washington DC.

The couple is enjoying their five years of successful married life and she has a very beautiful family as well and she hasn’t ever engaged in any external affair as well.