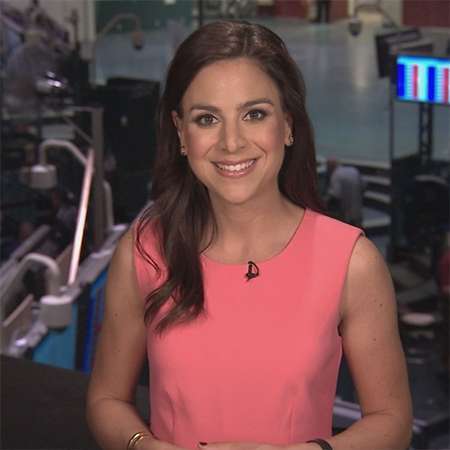 Jackie DeAngelis is a renowned person in the broadcasting world, who works as a business correspondent reporter and an anchor for CNBC. She is also known for being the host of the TV show Futures Now. Besides her work in the United States, she has also covered world news like Geopolitics in the Middle East and 2012 Drought. Her works include Worldwide Exchange, Jansing & Co., Today and much much more.

Jackie DeAngelis attended Cornell University as soon as she graduated from her high school. She has earned earned a Juris Doctorate (J.D) from Rutgers School of Law. During her early days, she worked as a technology analyst for Oaktree Capital. Her work was to identify investment opportunities in rising markets. DeAngelis joined CNBC in 2008, as the Director of Strategic Programming and Development. She is also the host of CNBC's online show, "Futures Now," which is only available on CNBC.com and entirely devoted to the future market.

Additionally,  Jackie DeAngeles also reported on 'Arab Spring and its impact on global markets' providing the detailed coverage of the uprising global market in the island nation of Bahrain. She was instrumental in creating the new financial series as well as producing exclusive network specials with the Treasury Secretary Timothy Geithner, Microsoft’ Bill Gates, legendary investor Warren Buffett and President Bill Clinton.

Jackie DeAngelis contribute live reports for CNBC programming from the New York Mercantile Exchange, focusing on the commodity markets, specifically energy. On her online show, she interviews market movers and newsmakers, providing in-depth analysis of the futures market. DeAngelis was once nominated for Emmy Award, for her work in Investing in American: a CNBC town hall event with President Obama. Apart from English, she is fluent in Mandarin and Farsi.

Personal information related to love affairs, boyfriend, married life, and divorce are not revealed by Jackie DeAngelis.  However, some gossip gurus has to say that she is married and has been keeping the details about her married life a secret. Information about her salary and net worth are also not yet disclosed by any online media.

Jackie DeAngelis' biography is also made available on several bio-related websites and on CNBC's official website. She is also active on social networking sites like Twitter, where she updates her work related and her interest topic.