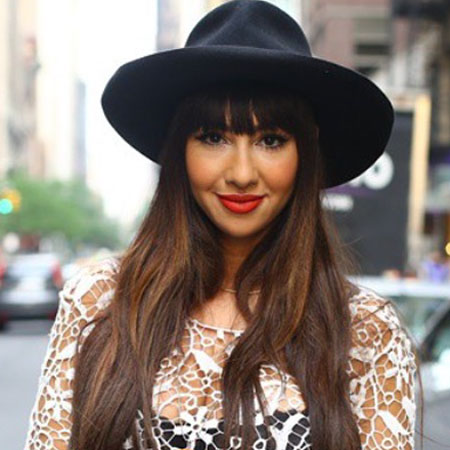 Jackie Cruz, age 30, is a Dominican-American actress, musician, and former model. She is best known for her role as Marisol ‘Flaca’ Gonzales on the Netflix television series; Orange is the New Black.

Born on August 8, 1986, in Queens, New York, Jackie Cruz grew up in Los Angeles and Santiago, Dominican Republic. She is an American by nationality and a Dominican by descent and ethnicity.

Raised by a single mother, Jackie Cruz did not have a luxurious childhood. Her parents got divorced when she was a little girl. Being raised in LA and Santiago, she completed her education at the local schools.

Jackie Cruz is fluent in English and Spanish. She got inspired to be an entertainer after watching Whitney Houston in Bodyguard at the age of seven. She is a graduate of Hamilton Music Academy.

Jackie Cruz loved singing and acting since she was young. She started out singing with the will.i.am’s producers in a girl group called Krush Velvet though the group never got signed to a record label.

Then in 2009, she made her acting debut with a small role on Kourtney and Khloe Take Miami. Being friends with Kourtney Kardashian gave her advantage to make a further appearance on the series.

Jackie Cruz worked as a waitress at New York City restaurant called Lavo and also modeled in different campaigns. In 2013, she was offered a role in the regular cast in Netflix’s series Orange is the New Black.

Jackie was continually working as the waitress in the restaurant till she was fired for being late at work due to her busy filming schedules.

Jackie Cruz moved out her mother’s house at the age of 16 and became homeless. Since that time, Jackie started to live on her own and alone.

Cruz was also caught in a near to death fatal car accident. She went into a coma and had to get a brain surgery. She even had to learn how to walk and talk again.

Jackie Cruz also admitted to E! News that Selena Quintanilla has always been her biggest inspiration and hence, she gave her a tribute singing her song ‘Fiesta de la Flor’. She is even close with the late singer’s family.

She has the estimated net worth of $1 million earning from her profession as well as sponsorships and endorsements.