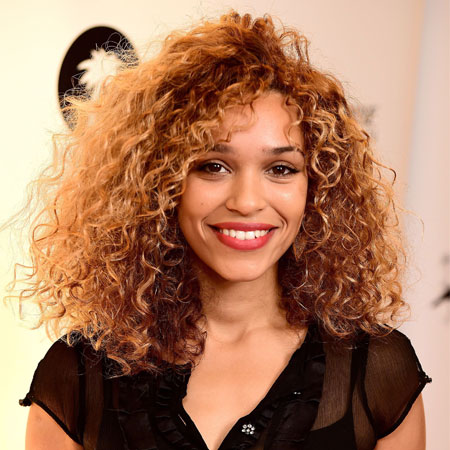 Bizu was born on April 28, 1994, in South West London, England. She is a British by nationality and belongs to the Ethiopian-English ethnicity. Her mother is Ethiopian whereas her father is English.

Bizu grew up in London listening to singers such as Ella Fitzgerald, Bettye Swann, and James Brown. She has drawn these influences alongside newer influences such as Whitney Houston, Amy Winehouse and Adele creating a fusion of soul, funk, jazz and pop.

Bizu attended Modern Music Institute, where she studied music and learned various things about singing. She earned a diploma in singing from the Institute. She was too shy to sing in public during that time.

Bizu made her career debut in the girl group, SoundGirl that split in early 2013. She won an open mic night competition in February 2013, which included Emeli Sande and Naughty Boy. She released her first independent EP, Coolbeanz in September 2013.

Her EP has debuted at No. 3 on the iTunes Soul and RnB Chart and was sold 50,000 copies. She participated in the Emerging Talent Competition at Glastonbury Festival and made it to the final eight of the competition. She performed at the live finals of the event at Pilton Working Men's Club in April 2014.

Bizu made her television debut on Later… with Jools Holland in September 2015, following the release of her single, Give Me Love. She released her debut album, Moment of Madness on September 2, 2016. She recorded an uptempo, updated version of 1957 hit La Foule as the theme music for the BBC's coverage of the Euro 2016 Football Tournament.

Bizu, age 23, is not married yet. She currently resides in London, England. She describes herself as a fan of jazz-fusion mixes and a lover of squat parties and warehouse raves.

Regarding her personal life, she might be in a relation, as she has posted some of the pictures with a man named "Sirorh" on her Instagram account. She has not confirmed about her relationship yet. She has not disclosed about her dating history to the public.

Bizu has earned a great amount from her singing career and has maintained an impressive net worth in her life. Her net worth is estimated to be around $500 thousand at current. She is among the celebrities who became rich at their young age.