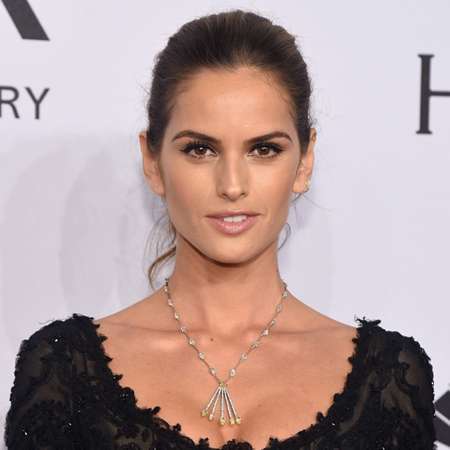 Izabel Goulart is a Brazilian model. She is known for her work as a Victoria’s Secret’s lingerie model and is one of the Victoria’s Secret Angels from 2005 to now. She was born on October 23, 1984. She is also extremely popular for her work with Armani Exchange, an Italian fashion house. Her nationality is Brazil but she is of Italian and Portuguese descent.

Izabel first went to São Paulo to pursue her modeling career. Shortly afterward, she moved to France to develop her career. At the age of 17, she returned to São Paulo and joined her former agency Success. She met Ney Alves, currently the director of Major Models Brazil, who launched her career in the Brazilian fashion world.

Her first ever fashion show was an unfortunate disaster as she experienced a wardrobe malfunction when her top fell open. This incident made into the Brazilian newspapers but she did not make one obstacle block her path towards success. She put it behind her and returned to modeling again.

She is ranked 12 on the Top 20 sexiest models and 29th in the Money Girls ranking at Models.com. In 2007, she won the Cool Magazine's "Toshiba Cool Planet Award" in the category of "Best Model". In May 2007, she was also chosen as one of People magazine’s “100 Most Beautiful People in the World”. More on this can be found in her bio.

Goulart was born in São Carlos, São Paulo, Brazil. She has a big family consisting of five siblings: four brothers and a sister. She loves her family and her mom’s cooking as she once said that the hardest part of being a Victoria’s Secret Angel was being away from them. She was a skinny girl in her school years and her friends would make fun of her for it, calling her names like “giraffe”. At the age of 14, a hair stylist suggested she should become a model, which led her towards the path of a successful modeling career.  Since 2015, she is in a relationship with Kevin Trapp, the first goalkeeper from football club Paris Saint-Germain.

Izabel maintains her banging body with some good exercises, health routines, and proper diet and has inspired her Instagram and Tumblr feed by sharing them. “Health is one of the biggest treasures we have in life and has always been my priority,” explains Goulart.

Izabel Goulart stands 5 ft 9.5 inches tall. Her weight is 117 pounds. She has brown hair and brown eyes. She has a net worth of 6.2 million dollars which shows how good her salary as a model is.