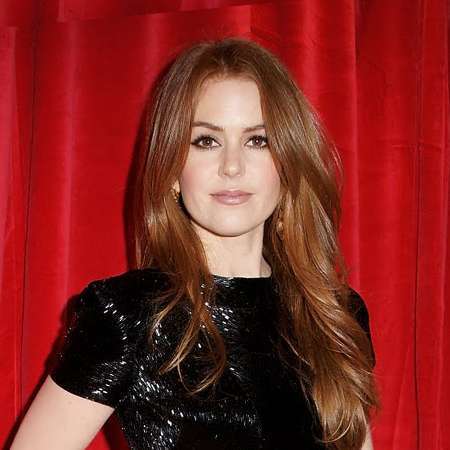 Isla Lang Fisher is an actress born on 3rd February 1976. She was born in Muscat, Oman to Scottish parents and was raised in Australia. She began her acting career on Australian television. She had acted on the children’s adventure series Bay Cove, Paradise Beach the short-lived soap opera and before doing Shannon Reed on the soap opera Home and Away. She is been known because her comedic roles in Scooby-Doo, I Heart Huckabess, Wedding Crashers, Hot Rod, Definitely, Maybe, Confessions of a Shopaholic, Rango, Bachelorette. She had also acted in the fourth season of Arrested Development in 2013. In the same year she had starred as Myrtle Wilson in The Great Gatsby and as Henley Reeves in Now You She Me.

Isla is the daughter of Elspeth Reid and Brian Fisher. At the time of her birth her Scottish parents resided in Oman because her father was working as a banker for the United Nations. When she was in her early years her parents along her moved to Bathgate, Scotland and  they again moved to Perth, Western Australia when she was six years old and was bought up there. She has four brothers. She has said that she spent a great time in Perth while upbringing with a very outdoorsy life. She attended Walliston Primary School and joined Methodist Ladies’ College. She had also acted in the lead role in school productions like Little Shop of Horrors.

Fisher married with an English comedian Sacha Baron Cohen in 2004. She had met Cohen in 2002 at a party in Sydney, Australia. They have two daughters Olive who was born on October 17 2007 and Elula Lottie Miriam who was born on August 2010. Before marrying her religion was converted into Judaism. She had also stated that she will definitely have a Jewish wedding just to be with Sacha, she would do anything and could move into any religion for him. She had also said that they have a future together and religion always comes second after their love and relation as far as they are concerned.

Fisher had started appearing on Australian television when she was at the age of 9 before she acted in popular children’s television shows Bay City and Paradise Beach. When she was 18 years old with the help of her mother she published two teen novels- Bewitched and Seduced by Fame. She had played the role of Shannon Reed on the Australian soap opera Home and Away from 1994 to 1997. In 2001 she had acted in the German horror film- Swimming Pool. In 2002 she had done a role as Mary Jane in the film version of Scooby-Doo, Shaggy’s love interest who is allergic to dogs. In the following year she had portrayed as Kristy in the Australian comedy movie The Wannabes. She had also played being Katie in the romantic comedy Wedding Daze with Jason Biggs. In 2007 she did a thriller film. Again in 2008 she had acted in a romantic comedy film. In 2010 she had acted on a black comedy Burke and Hare. She had also voiced the role of Beans in an animated film Rango in 2011 and also in an animated film Rise of the Guardians as Tooth. In 2013 she had also been appeared in the several episodes of the fourth season of Arrested Development and also in the magician crime thriller film Now You See Me.

Fisher’s net worth is $16 million dollars.