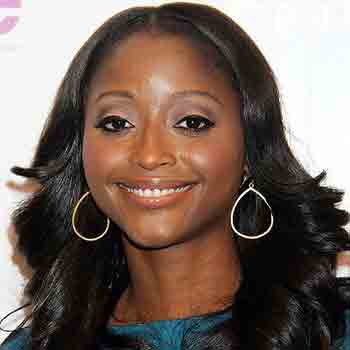 Isha Sesay popular as Isha Isatu Sesay is a British journalist belonging to Sierra Leonean descent. She is active in the field of journalism since 1998. She is currently the co-anchor for Evening Express in HLN network. He had worked as an anchor and correspondent for CNN International based in Atlanta for the programs CNN News Centre and Backstory. Also, she had worked as the presenter of 360 Bulletin in Anderson Cooper 360. Isha Sesay joined the HLN network in 2012 and has been working there afterward. Talented and beautiful with a very charming look as well as performance skill, she is one of the admired journalists in the television journalism.

Isha was born in France in the year 1970 January 6 to Temne parents from Sierra Leone. Her mother is a former lecturer at Fourah Bay college named Dr. Kadi Sesay, and her father was a legal advisor to Sierra Leone produce marketing board. She has one older sister and one younger brother.

When she was seven years old, her family moved back to their home country. She was raised as a Muslim. She went to private Fourah Bay College School in Freetown. When she was 16, she moved to the United Kingdom and studied there.

She completed her A-levels and went to Trinity College in Cambridge in English. Initially, she wanted to become an actress but later she decided to be a television journalist. Following her dream, she began writing to media groups seeking work in her final year.

After her graduation, she began her career as a researcher in a BBC talk show called Kilroy. She worked there as an unpaid intern. Later, she was hired as a full-timer by BBC and in 1998, she moved to Glasgow to work for BBC Scotland.

After some period, she made her debut in camera as an announcer for BBC Choice. Later afterward, she ran a variety of shows for BBC, CNN, and TWI. She joined Sky network in 2002 as an anchor for Good morning sports fans and remained for three years in the network.

Later in 2005, she became a news anchor and correspondent for CNN International. Regarding the work, she traveled to Nigeria to cover its presidential election, South Africa to cover the launch of Global Elders.

She became the host of the first edition of the weekday's news program International Desk in 2009 for the network and also been assigned as the presenter of BackStory in 2011 from the network.

In 2012, BackStory was changed to a weekend-only show and she was assigned as the anchor of a new show called CNN News Center. In addition to her duties for CNN, she also contributes to Anderson Cooper 360 on CNN. Since 2012, she began to work for HLN network.

Isha Sesay's Net Worth And Salary

Isha Sesay's net worth is expected to be $1 million at present. She has earned a good sum of salary working for the big networks such as Sky, CNN, as well as through her writing career.

She became a news anchor and correspondent at CNN International in 2005, based at the network's global headquarters in Atlanta, Georgia, in the United States. Working at CNN, she also hosted the first edition of the weekday program, International Desk.

She worked as the presenter of BackStory, anchored CNN NewsCenter and contributed to Anderson Cooper 360° on CNN. She left CNN in August 2018 after working for 13 years.

Isha Sesay is a beautiful journalist who has got a very charming and charismatic personality. She stands a good height with perfectly hot and sexy body measurements. She is a married woman. She was engaged to Leif Coorlim in the year 2013 January 5, who is her colleague.

In August 2013, the couple got married. She is living happily with her husband and there is no any problem in the relation yet. The couple is not thinking about children currently as they both are busy in their profession.

There is also no any past rumor on her affairs or boyfriend. She has maintained her clean image. More of her information can be found on different internet sites and her biography is found in Wikipedia, IMDb, etc.