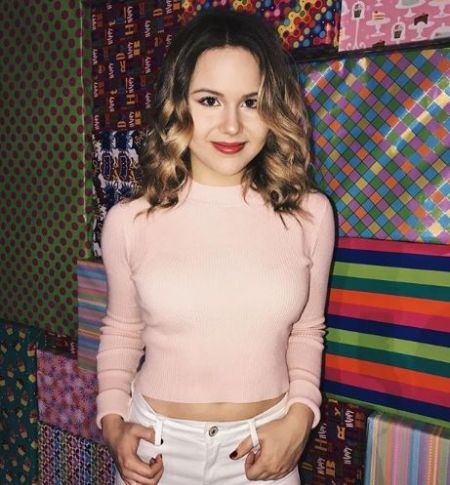 American Actress Isabella Acres is famous for playing the role as Cynthia Morehouse in The Spoils of Babylon, as Rose Better off Ted and Hello, and as Vivian in My Name Is Doris. Acres is also known for her appearance on the American comedy series Desperate Housewives.

Isabella Acres was born on February 21, 2001, in Atlanta Georgia to father Tim Acres. She holds an American nationality and belongs to White ethnicity. She has a sister named Ava Acres.

HAPPY BIRTHDAY to my partner in crime and my favorite person on the the face of the Earth!!!!! Ava thank you for always having my back and for CONSTANTLY making me laugh and smile. you are the most beautiful person inside and out and I couldn't imagine my life without you. I always have admired your generosity and compa s sion and how you are talented in everything you do. keep shining my little star, I love you

She developed an interest in acting during her childhood days and started to work in children's theater productions. She later relocated to LA along with her parents to start acting her career.

Isabella Acres started her acting career at the tender age of five, appearing in the movie Air Buddies in 2006. The following year, she appeared in the series named Monk.

She has also made guest appearances in the several movies and series including Life with Fiona, 30 Days of Night, The Mentalist, Fred Claus. She won the Young Artist Award for her appearance in The Mentalist.

Her breakthrough role came in 2009 after she appeared in a series, Better Off Ted. Besides, she has also worked on the shows such as Hello, My Name Is Doris, Scooby-Doo! Stage Fright,  The Spoils of Babylon, Beyond the Blackboard.

Her last work in a film was in The Meanest Man in Texas in which she worked as Ruthie Welsey, and her most recent series was The Kicks in 2016 where her performance as Mirabelle Harris received great acclaim.

Isabella Acres' Net Worth and Salary

The young and talented actress, Isabella Acres has been working as a child actor for more than a decade. During these long years in the field, she must have acquired a net worth in six figures. Though her exact net worth is not revealed, it can be estimated to be in hundreds of thousands of dollars. An average salary of the child actor is around $5,258 per week so that she might be earning her salary in the same range.

Her movie Hello, My Name Is Doris has earned $14 million in the Box Office collection. In the movie, she appeared alongside Sally Field, Max Greenfield, Beth Behrs.

The 18 years old actress Acres is not married and is believed to be living a single life happily. Also, she doesn't seem to be involved in any kinds of love relationship. 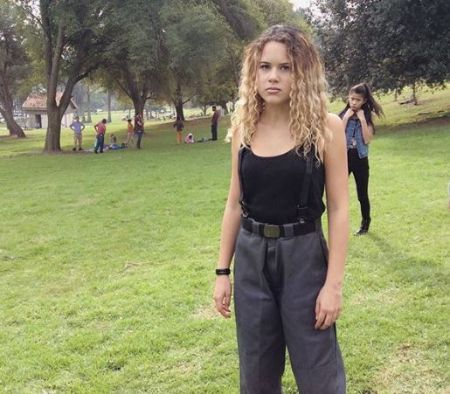 Surfing her social media profile like Instagram and Facebook, she seems to be focusing on her career. In her leisure time, she can be seen enjoying with her family members.