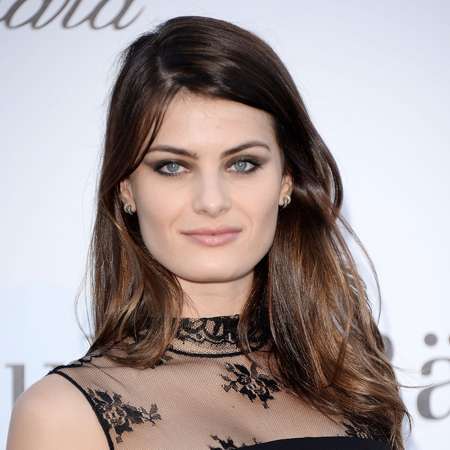 Isabeli Fontana was born on 4th of July in 1983 in Curitiba, Parana, Brazil. She was born with a birth name, Isabeli Bergossi Fontana. She was born in an Italian Family. She was born to Maribel Bergossi and Antonio Carlos Fontana. She has two brothers, Harrison Fontana and Heric Fontana. Her nationality is Brazilian and her ethnicity is Italian-Brazilian.

Isabeli made into the finals in 1996 Elite Model Look at just the age of 13. She attended Catholic School in the Portao district of Curitiba. She is usually seen making cross signs in Footage. Then the following year, she moved to Milan, Italy from Brazil to focus on her modeling career at just the age of 14. In 1999, she became a model for the Victoria’s Secret Lingerie catalog at the age of 16. However, the shoot caused controversy as Victoria’s Secret stated that they would not use a model younger than the age, 18. Soon after that, she signed with Versace, Ralph Lauren and Valentino.

She was also on the cover of the American Vogue on the September 2004 as one of the Models of the Moment which was photographed by Steven Meisel. In 2014, he was the face of Viktor & Rolf’s fragrance Flowerbomb. She debuted on the Forbes as The World’s 15 Top-Earning Models list at no. 11, having earned $3 million. She has appeared numerous times in the Pirelli Calendar including 2011, where she posed as Greek and Roman Gods which was photographed by Karl Lagerfeld. She was also a part of judging panel in Miss Universe 2011 in 2011.

The model has a beautiful body that anybody can fall for. She has a height of 5 Feet 9.5 Inches (1.77 m) and the weight of 54 kg. She has blue color eyes and brown color hair. As we know that she has worked for many brands and shows in every type of dress including bikini, we can say that she earns a good amount of salary. Fontana’s net worth is estimated to be $8 million. Her bio is on many sites including the wiki.

Moving on to her personal life, she has married twice. Fontana was married to a model, Alvaro Jacomossi in 2000 but their relationship didn’t last for a long time and they divorced in 2004. From her first marriage, she has a son, Zion who was born on 2003. After some years, she again married to an actor and a model, Henri Castelli on December 10, 2005, but they divorced in 2007 and from her second marriage, she has a son, Lucas who was born on October 23, 2006.

Fontana was once engaged to Rohan Marley but their relationship ended in early 2013. Since then there’s no news about her dating anyone or her being in any kind of relationships. Seems like she is waiting for the right person to come in her life and she doesn’t want to repeat the same mistake like the past ones.