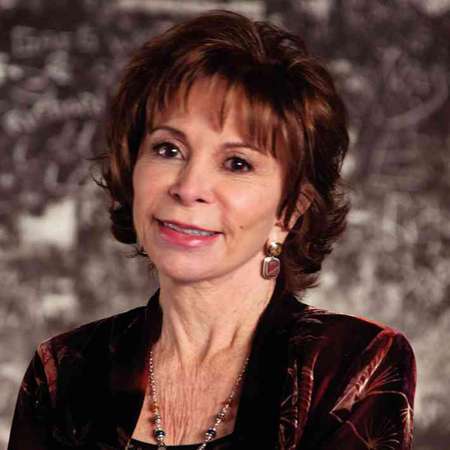 Author Allende was born on August 2, 1942, in Lima, Peru. Her parents Tomas Allende and Francisca Llona Barros divorced when she was three, so she travelled to Santiago, Chile with her mother, where she was raised by her grandparents. Allende attained an American private school in Bolivia and later on she joined an English private school in Beirut, Lebanon and graduated there. During her youth, she read particularly the books of William Shakespeare.

She served as secretary in United Nations Food and Agricultural Organization in Santiago. Later she became journalist at Paula magazine where she worked as television interviewer and newscaster. Allende’s debut noble was House of the Spirits (1982) which was rejected by numerous Latin American publishers and finally the book got published in Spain. The book got great success and later on it was made into a film which was directed by Bille August and was released in the United States in 1994. Allende has written many books and biography through her life. She wrote Paula in 1994, Eva Luna (1987), City of the Beast (2002), Ripper (2014) and The Japanese Lover (2015). She has been awarded numerous awards in her life, she has won the award such as Noble of the year (Chile, 1983), a Los Angeles Times Book Prize nomination (United States, 1987), Presidential Medal of Freedom (United States, 2014) and many more.

In 1962 she met an engineering student, Miguel Frias and got married. The couple gave birth to the baby girl, Paula in 1963. Again in 1966, the couple gave birth to their next boy child Nicolas in Chile.
Isabel fled to Venezuela with her family because of the CIA-backed military and stayed there for 13 years.
In 1978, she began a temporary separation from her husband Miguel Frias and started living in Spain.
During the visit in California, to promote the publication of Love and Shadows in the United States she met William Gordon, a lawyer, with whom she fell in love. She married Gordon in 1988 after divorce with her first husband Miguel Frias.
In April 2015 she separated from her second husband William Gordon. For her contribution in literature field she received the honorary degree of Doctor of Letters from Harvard University.

Author Isabel has numerous fans that follow her in social networking sites like Facebook, instagram twitter and so on. She is followed by more than 6ooo followers in instagram and more than 116000 people are following her in twitter. Some people follow her via Facebook as well. Isabel has shared many quotes with her fan through social networking sites some of her famous quotes are:
“For women, the best aphrodisiacs are words. The G-spot is in the ears. He who looks for it below there is wasting his time.”

“I can promise you that women working together - linked informed and educated - can bring peace and prosperity to this forsaken planet.” “What I fear most is power with impunity. I fear abuse of power, and the power to abuse.”