Is the news of Melissa Magee's engagement true? Revealed here is her boyfriend and affairs!! 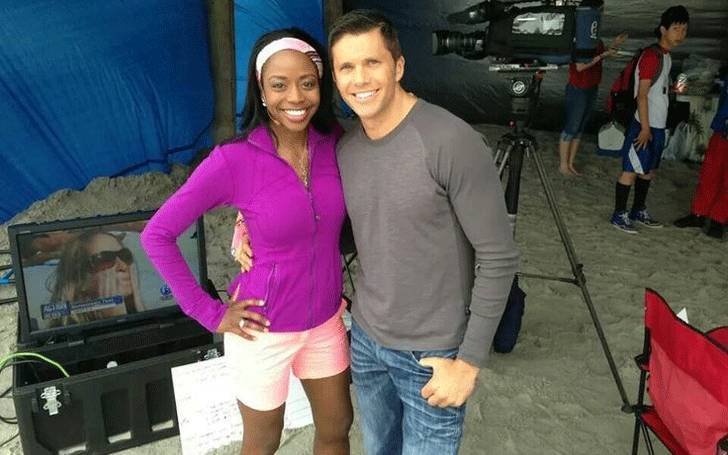 Melissa Magee is an American meteorologist who works as an anchor for 6 ABC Action News. Melissa mainly appears with Karen Rogers on 6 ABC. Previously, she was a weather anchor and reporter for KDUH-TV. She is engaged to her boyfriend Perry O'Hearn, since July 2016.

This globally known journalist is unmarried but is recently engaged to her longtime boyfriend, Perry O'Hearn, a fitness trainer, and owner of 'Philly Fitness'.

First, they met each other at his fitness center while Melissa went there for managing her fitness and physical figure. Then after some time, they started their affair and converted their affair into engagement last August. He proposed to her and put an engagement ring on her finger while enjoying a vacation in Hawaii, U.S.

The couple is also planning for their marriage but has not revealed their marriage date till now. After the engagement, her fiance Perry posted a photo on his Facebook and mentioned some lines for her;

If you love something, let it go, if it comes back to you, it's yours to love forever. Thank you for making me the luckiest man in the world. Xoxo.

This line proves how much love and respect he has for his future wife. It is also reported that they have been together for the last two years. She previously married Ronnie Schlemmer for few months in 2010 and later the couple divorced from each other.

You May Like, Outlander Starlet Caitriona Balfe Reveals Her Engagement: Flashes Her Whopping Engagement Ring

Perry O'Hearn is a professional fitness trainer and founder of Philly Fitness. He has completed his formal education in electrical engineering but was not interested in engineering. Later, he did the 20K-hour personal training course from the American Academy of Personal Training and became a personal trainer.

Since then, he has been facilitating this training in Philadelphia and other cities of the country. His company Philly Fitness runs a campaign and workshop about motivational, recreational activities, strength training, and so on.

Melissa has been serving in the journalism industry since the mid-2000s. Melissa also holds a license from the American meteorologist's Society. She has been working in the 6 ABC' Action News', a sister channel of ABC Inc, since 2009.

Previously, Melissa worked as a weather reporter and writer for KDUH-TV, Scottsbluff, Nebraska. Besides this, she has also appeared in several TV shows and event functions of Action News.