Is Actor Ryan Paevey Married, Single or Does He Have a Girlfriend? Here's Your Answer 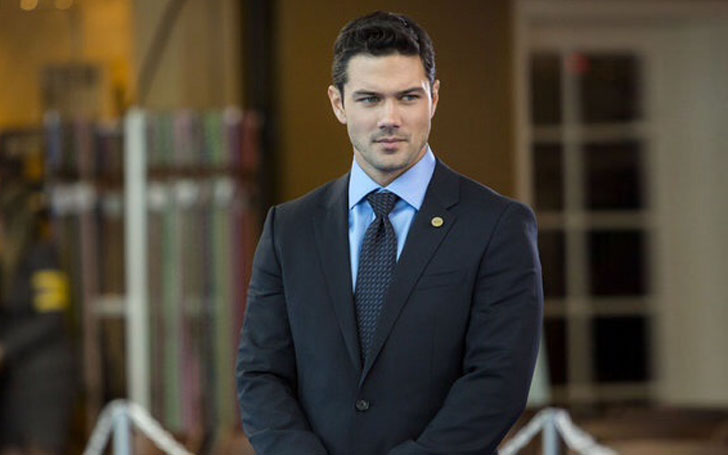 Thirty-six-year-old American actor and model, Ryan Paevey shift into an acting career following his successful modeling career. He is recognized for the role of Nathan West on General Hospital, the ABC soap opera.

The American TV's heartthrob Ryan Paevey has scored millions of curious fans, and all of us want to know if he is single or not. So, what is his current relationship status? We have found some exclusive details on the matter. You're welcome!

Is Ryan Paevey Dating Anybody? Or, Is He Single?

According to some sources, Paevey is possibly single. He hasn't been in a public relationship as of yet. Sneaky! The actor is quite secretive about his love life and relationship. He has yet to reveal anything regarding his personal life. There are numerous dating rumors going around. However, he hasn't confirmed any to be his girlfriend yet. There was a rumor that Peavey was dating model Jesse Hinton. Everyone started assuming Ryan Paevey and model Jesse were dating after their frequent Twitter exchanges.

One of my fav shoots was w/ this beautiful man for @RealMTCostello . Thank you for the genuine smiles @RyanPaevey pic.twitter.com/2Z2TnxLQJj

It looked like they were more than friends. However, when asked about their relationship, both Paevey and Hinton denied it. Moreover, according to some sources, Hinton was already in a relationship with another model and actor Sam Asghari during the rumor flash. Paevey was also rumored to be dating Kristen Storms, one of his co-stars in General Hospital. But it turned to be false and in addition, the actress Storms was a married woman. She is married to Brandon Barash.

During an interview, Peavey states that he is a workaholic which might be the reason behind him being possibly single at the moment.

Is Ryan Paevey Planning To Have A Wife & Start A Family?

Well, the most happening bachelor, Ryan Paevey had shared that he wants to start a family!

I'm committed to growing and improving professionally; taking risks, learning, giving back. And personally, I'd love to take some strides towards starting a family.

Does that mean Ryan Paevey is looking for a life partner? Does he need a girlfriend? Well, let him know girls, he has many options! Keep coming back to Article Bio for an update on Peavey's relationship status!