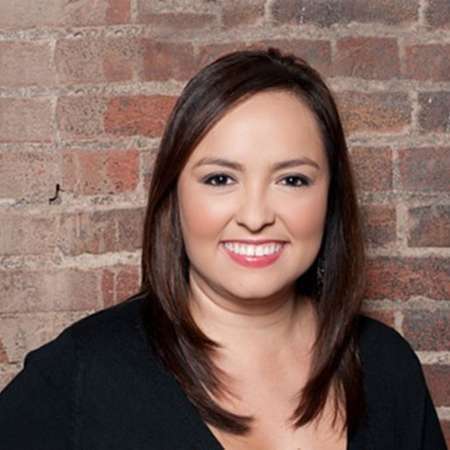 Iris Hermosillo is a meteorologist who is currently working at the ABC15 as Weekday meteorologist. Prior to ABC15, she worked at KCTV5 and KSNF-TV. Similarly, Iris hosted ‘Que Pasa Kc’, an award winning show focused on highlighting Kansas City’s Hispanic community. Iris is the only TV meteorologist in Kansas City to cross into the city’s Spanish radio market to give weather updates.

Iris Hermosillo was born in Hidalgo Del Parral in Chihuahua, Mexico, and was raised in Phoenix, Ariz. Her family moved from Chihuahua to Arizona when she was very young. Iris is a Phoenix native and is the only child of her parents.

Iris Hermosillo went to Camelback High School and graduated from ASU’s Walter Cronkite School of Journalism and Mass Communication with major in broadcasts journalism. She first started her career in Joplin, Missouri working as a weekend weather anchor and reporter. According to her, it was the perfect place to learn how to forecast all types of weather. Later on, she went back to school and earned her certification in Broadcast Meteorology from Mississippi State University.

After Joplin, Iris Hermosillo moved to Kansas City. There, she was the weekend morning meteorologist. Hermosillo was very passionate about informing about the weather and keeping everyone. She was the only TV meteorologist in Kansas City to cross into the city’s Spanish radio market. She used to provide daily and severe weather updates for Spanish listeners.

While in Kansas City, Iris Hermosillo was one of the first reporters to arrive in Joplin after the 2011 tornado. Iris actually worked 24 hours to send back images and also shared the stories of those who were affected. It was one of her toughest stories she has ever covered.

In August 2009, Iris Hermosillo joined the KCTV5 team as a Weekend Morning Meteorologist. Similarly, she also hosted ‘Que Pasa Kc’ which was an award-winning weekly show focused on highlighting Kansan City’s Hispanic community. However, she is working at the ABC15 currently. Iris joined the network in December 2013 and is working as weekday meteorologist on ABC15 Mornings.

Some of her most memorable broadcasting experiences include being tasered by a local sheriff’s department for a story and also assisting the Chief Meteorologist at KSNF. Similarly, some of her proudest accomplishments are when she was sent down to Mexico City to follow then Governor of Arizona, Janet Napolitano while receiving the Meredith/Cronkite Fellowship where she was 1 to 10 journalism student chosen from all around the country, and also when she met with Mexican President, Felipe Calderon.

Iris Hermosillo is a very talented employee and is very much focused and dedicated towards her job. Although she is a media person she has not revealed most of her information related to her personal life. She comes to those celebrities who does not prefer taking their own life to the world which perhaps maybe the reason that there she is no news about her husband or her married life. We can hope that she is living a happy and healthy life with her family.

Despite being very active on social medias like Facebook and Twitter, Iris Hermosillo has not yet talked about her net worth and earnings to the media.