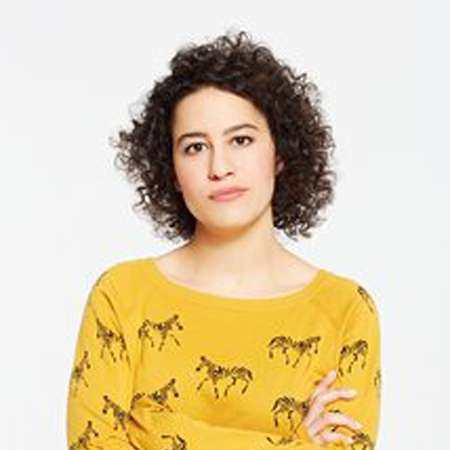 Ilana Glazer, the well-known comedian, was born on 12th of April in Long Island, New York, the USA in 1987. Her birth name is Ilana Rose Glazer. She was born to Sandi and Larry Glazer. They both work in finance and insurance. She has a brother, Eliot. She grew up in St. James, New York and was raised in a Reform Jewish household. Her family has always supported her. Glazer is a graduate of New York University, majoring in psychology from 2009.

In 2006, she took classes at the Upright Citizens Brigade Theatre performed around New York City doing stand-up and improv for several years. In 2009, she created a web series, Broad city with Abbi Jacobson. This series was about these two people as fictionalized versions of themselves. This series was nominated for Best Web Series at ECNY Award and has attracted many media outlets like USA Today, Entertainment Weekly and The Wall Street Journal.

Amy Poehler was impressed by the sitcom and met Ilana and Abbi and helped them to write a pilot and agreed to appear on the finale show. In 2011, they both submitted a script to Amy Pohler, who was working as a producer for Cable network FX for the series but was rejected and did not go for its development. But Abbi and Ilana didn’t give up and approached Comedy Central and got approved and they ordered a pilot from them. Broad City was first in January 2015 and received the positive response from both critics and audiences. The first season was the highest-rated program with an average of 1.2 million viewers.

In 2014 and 2015, she was nominated for Critics choice television award for best actress in a comedy series in Broad City. In 2016, she received the nomination for Writers Guild of America Awards for Comedy Series in Broad City. Her bio is on many wiki sites including Wikipedia and IMDb.

Moving on to her personal life, she does not talk much about it but on Television on her show, Broad City, she has kissed many female co-actors which can mean that she could be less than straight. She has also explained that she has had sex with people different from her like different races, sizes, people who are smart; not so smart and hot; not so hot. She has not revealed her sexual preference so we are not sure whether she is lesbian or not.

Her past relationship or her dating anyone is not disclosed. So, currently, she is probably single which means she is not married. Her hard work and dedication have lifted the height of her success above all her haters. She is enjoying her privacy and focusing on her career so we can only hope for her announcement about her being involved in any kinds of relationships.

It’s undeniable that she has a perfect body with a height of 5 Feet 3 Inches. Her exact weight is unknown. Her net worth is estimated to be around $2 million dollars but her exact salary is still unknown.