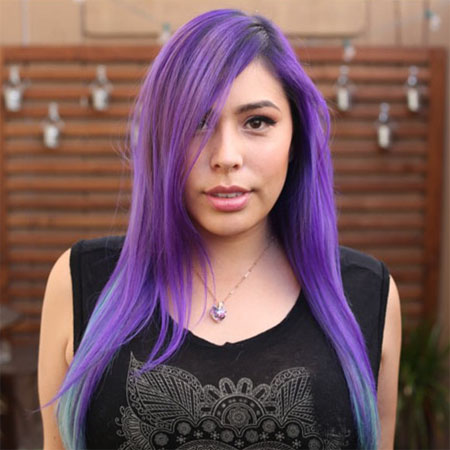 Tiffany Michelle Herrera, popular as iHasCupquake, Cupquake or Tiffyquake, is an American female gaming commentator and online persona who has specialized in making videos on mainly video games, DIYs, cosplays and more.

Early Life And Education Of Ihascupquake

Tiffany Garcia (Ihascupqake), was born on March 19, 1988, in Los Angeles, California. She has a brother who is two years older than her named Anthony Garcia. She is an American Female gaming commentator and online persona that specialize in making the videos on mainly, video games, DIYs, and various more.

Ihascupquake moved to private school before she graduated from California State University, Long Beach in May 2011 with a bachelor’s degree in fine arts.

Ihascupquake got an internship at Cartoon Network, but she said that an office job wasn’t for her, before being introduced to Youtube. She began her career by joined Youtube on August 19, 2010, and started uploading her web videos on the suggestion of her husband.

Garcia is really funny adorable ditzy, clumsy and bubbly, so her video is really child-friendly.

Ihascupquake's Net Worth And Salary

Ihascupquake earns the tremendous amount of money from her professional career as well as from advertisement in her videos. The big chunk of amount and salary came from her video games by which her current net worth was estimated at $ 2 million, and earns approximately $ 2300 per day.

Ihascupquake once said she may have a small case of dyslexia, and many people later commented about their own cases of slight dyslexia and what they did.

Ihascupquake once had an affair with her boyfriend "Mario Herrera" whom she met during her junior year of high school. After dating each other for about seven years the couple finally got married.

He is a frequent gaming partner on Ihascupquake ’s “Cloud 9” and also appeared as a guest in the 100th episode of Garcia’s “Minecraft Oasis series”.