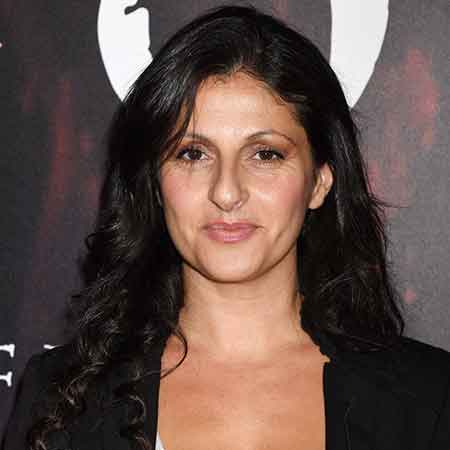 American actress, writer, producer, and director, Ida Darvish is one of the most talented celebrities in Hollywood. She is best known for her roles in The Astronaut Farmer as Italian Anchorwoman (2006), Assa s sin's Creed: Revelations as Lysistrata / Mirela Djuric / Additional Voices (2011), She Wants Me as Helen (2012), and Inferno as Marta Alvarez (2016) among others.

Darvish also gained tremendous attention as the wife of American actor, voice actor, comedian, and singer, Josh Gad. The couple has been in a marital relationship since 2008 and is blessed with two children, Ava Tanya Gad, and Isabella Eve Gad.

What Is Ida Darvish's Age?

Although not much information on her early life or family background is out, she is reportedly a Hindu. Her nickname is Debbie.

Acting Career & Credits As A Producer

Darvish began her acting career, appearing in the 2001 video, The Holy Cannoli. After that, she was featured in several shorts videos, before her big break in the 2006 American drama film, The Astronaut Farmer as Italian Anchorwoman.

Darvish debuted in the American comedy-drama television series, Californication as Marcy's Client in 2008. The same year, she was also cast as a Pathologist in the American drama series, Eleventh Hour.

Darvish’s last screen appearance was in the 2016 American mystery thriller film, Inferno as Marta Alvarez. She was cast along with Tom Hanks, Felicity Jones, and Ben Foster among others. In 2019, Ida guest-starred in the TV series The Mandalorian and then worked in the short-film One Last Thing (2020).

Ida Darvish's net worth is around $2 million as of early 2021. She has made her appearances in many movies as well as in TV series, earning a good sum. According to Celebrity Net Worth, her husband, Josh Gad has an estimated net worth of $14 million at present. The couple currently resides in a house in Los Angeles, CA.

In the year 2016, the actress was a cast in the movie Inferno which became the instant hit at the box office grossing over $220 million worldwide against its production cost of $75 million. In the movie, he shared the screen alongside Irrfan Khan, and Omar Sy as well.

Her husband Josh Gad has appeared in many movies and tv shows in his career and has won numerous oratory awards even while he was in high school.

Gad has appeared in guest-starring, recurring, and co-starring roles in such film and television projects as "E.R.", "Watching the Detectives", "21", "The Rocker', "Back to You", "American Dad", "No Heroics", "Crossing Over", "Party Down", "The Lost Nomads: Get Lost", "Numb3rs", "Woke Up Dead", "The Cleveland Show", "Bored to Death", "Californication", "Gigi: Almost American", "Good Vibes", and "Jobs".

Married Life With Husband Josh Gad- How Did They Meet? Any Children?

Darvish married Hollywood’s renowned comedian and actor Josh Gad on May 10, 2008. Gad won the National Forensic League (NFL) National Tournament Championships for Original Oratory in 1998. She is seven years older than her husband.

Before they were a real-life couple, Ida and Josh had already played the role of a couple in David Ives' play All in the Timing in 2004. Perhaps, they began dating after that & connected their relationship with holy vows.

Since, Ida Darvish is 5 years senior that her husband Josh Gad, people criticized their relationship saying that their love life will not a success. However, the couple has proved that age doesn't matter in true love as they are going sucessful since 11 years of their marriage.

The couple welcomed their first child, a daughter, Ava Tanya Gad in January 2011, and the second child, another daughter, Isabella Eve Gad on February 17, 2014. At the time of her daughter's birth, she was 39 years.