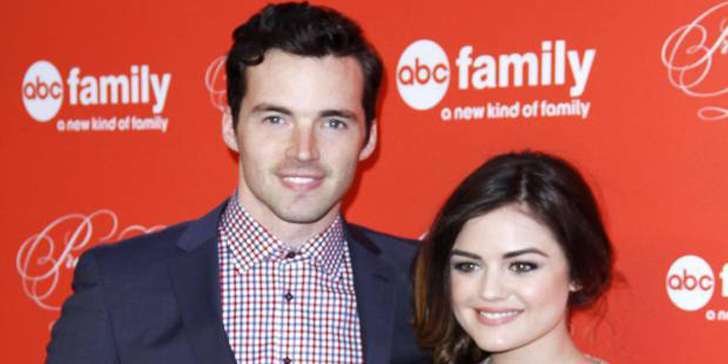 A couple of Aria and Ezra is no doubt one among the best in Pretty Little Liars and while we may be well aware of how profound their on-show relation is, we are equally in the dark on how things are off the set. The sources are too dearth when it comes to knowing what is really happening. With interviews, tweets, rumors seldom revealing what is true, we brought a key person into play here. I am talking about Marlene King. Recently, the PLL show host took the time to try and answer a question raised by one of the fans inquiring about their on-set relation.

“They are very playful with each other. Always teasing,” said Marlene on Twitter. We had already seen it coming.

Even if one was not to believe her words, there are things that make it utterly clear that there definitely is something going on. Recently, Lucy posted a video in which Ian was singing a song for her. Similarly, there was another video shared by the very PLL host in which Ian tries Lucy’s iced soy latte along with two Splendas. Also, there have been instances when they have posted throwback pictures together. All these point towards the direction that they just might have an affair and could as well be dating each other. Aria and Ezra might just have gotten into Ian and Lucy.

Another one of TV shows Ian has played a role in is Hollywood Is Like High School with Money. He has a acted in various movies like Love and Other Drugs, Adventureland, Addiction: A 60’s Love Story, Deadtime Stories: Volume 2, etc. Unlike Ian, Lucy has appeared in more TV shows than movies. The series in her filmography read How I Met Your Mother, Bionic Woman, Wizards of Waverly Place, The Apostles, Privileged, etc.