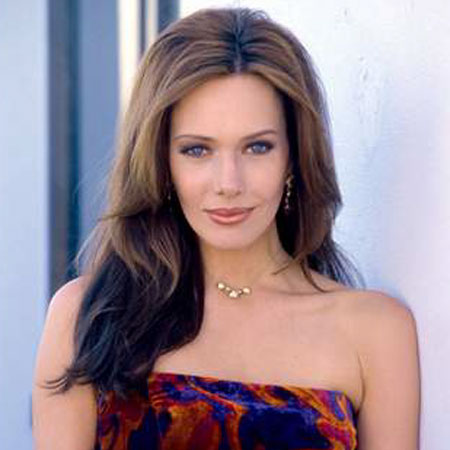 Hunter Tylo is a former model, actress and also an actress. She is better known for her appearance on The Bold and the Beautiful as a Dr. Taylor Hayes.

Hunter Tylo was born on 3rd July 1962 in Fort Worth, Texas, United States. She was born to Jo Anne and Morris Jabez Hunter. Hunter Tylo holds an American nationality and is of white ethnicity.

She has an older sister and a younger brother named Elizabeth and Cliff respectively. She is of Cherokee Native American descent.

Hunter Tylo's professional career is very successful. She has done a number of films as well as has appeared in a number of shows on television. She debuted on television from the All My Children in 1985. In 1989, she appeared in a series Days of Our Lives as a Marina Toscano. She left the show in 1990 as the character was killed in the show.

Hunter Tylo could not get success on soap operas and decided to quit acting and enrolled at Fordham University in New York. There she studied pre-med. As she was preparing to move New York City, she got an offer for the series The Bold and the Beautiful as a Dr. Taylor Hayes. Though she accepted the offer she did not leave the college and pursue her degree at the University.

The estimated net worth of Hunter Tylo is about $5 million.

Later, Tylo married to an actor named Michael Tylo in 1987. She has two daughters and a son named Izabella Gabrielle, Katya Ariel Tylo and Michael Edward Tylo Jr. respectively from her second husband. Her daughter named Katya was diagnosed with retinoblastoma, a rare cancer of the eye.

After removing the affected right eye doctors began the chemotherapy. But after some time, the tumor was detected in her left eye too. Fortunately, she recovered from cancer and wears a prosthetic right eye. Tylo's second divorce was finalized in 2005. After two years on 18th October 2007, her son named Michael Tylo Jr. died by drowning in the family pool in the Henderson, Nevada.

After her second divorce, Tylo dated an American actor named Lorenzo Lamas in 2006. In the same year, the couple broke up too. After two years in 2008 Hunter Tylo dated Corey Cofield. She also filed a restraining order in 2008 May against her boyfriend by claiming that he acted violently with her children as well as to her.

Later on, in October she withdrew the order and told the judge that her boyfriend was in therapy and said that he is better now. In the year 2009, the couple broke up.

Currently, Hunter Tylo is married to Gersson Archila. The couple tied the knot on 29th November 2009 in a secret ceremony which was held in Las Vegas, Nevada. The couple has been married for 7 years and they seem to be happy together.