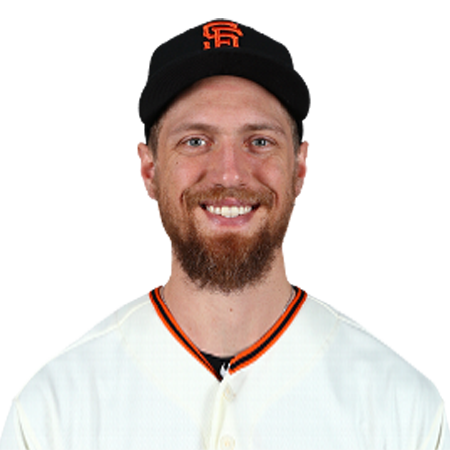 Hunter Pence is a Major League Baseball right fielder for the San Francisco Giants. He is also recognized as the former player of the Houston Astros and Philadelphia Phillies.

Hunter Pence was born in Fort Worth, Texas on 19 April 1983. He attended Arlington High School located in Arlington, Texas.

He played outfield for his first three years during his high school. Later, he moved to shortstop his senior and attended Texarkana College for a year and was labeled as a hitter on the baseball team. Prince was transferred to the University of Texas at Arlington, where he again played as an outfielder.

Pence's career started since he began playing for his high schools and university. His professional career began after he was picked by Milwaukee Brewers in the 40th round of 2002 Major League Baseball Draft, but he did not sign the contract.

In 2004 Major League Baseball Draft, Pence was drafted in second round by Houston  Astros from the University of Texas-Arlington, where he made major league debut as the Houston Astros Center Fielder on 28 April 2007 against the Milwaukee Brewers.

On 29 July 2011, Pence was traded by Houston Astros to the Philadelphia Phillies for four minor league players as first basemen Jonathan Singleton, right-hander Jarred Cosart and Josh Zeid and a player to be named later, who determined to be outfielder Domingo Santana.

Pence was sent to San Francisco Giants by the Phillies after his contract came into a deadline. In return for trading Pence, the Phillies received Nate Schierholtz, Tommy Joseph, and Seth Rosin.

Pence was named as National League Player of the week for the fourth time in his career in 2016.

Talking about his personal life, Pence is married. Pence announced his engagement to Alexis Cozombolidis, his wife, to whom he proposed at Walt Disney World on 3 December 2013 and the couple married on 26 November 2016.  Since then the couple is spending their life in joy.

Besides his marriage affair, Pence was diagnosed with Scheuermann's disease on 2013, which is a spinal disorder that usually appears in adolescence. The disease was not found inside Pence until his physical before he signed a five-year contract of $90 million with the San Francisco Giants in September.
His ethnicity is white and belongs to American nationality.

The professional baseball player, Hunter Pence earns a heavy amount of salary from his baseball career. His salary was $13 million per year according to 2013 contract. However, it has now increased to $18 million as of 2017.  His total net worth is estimated to be $45 million as he spends his life in luxury.

Pence was offered the 5-year contract of $90 million by San Francisco Giants making him one of the highly paid player.