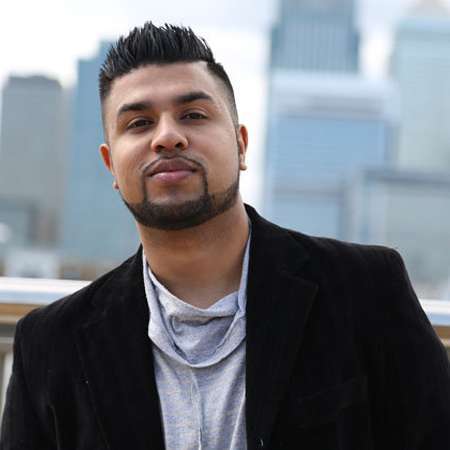 Humza Mohammed Arshad is an actor, comedian and writer of English nationality known best for his popular web series called the Diary of a Bad Man. He is very popular on YouTube and has acc u mulated over 60 million views on his YouTube channel. He was born on the 3rd of June, 1985 to father Mohammad Arshad and mother Noreen Arshad. His bio and career details are searched by his YouTube fans around the world.

Humza was born in Streatham, London and that is where he was brought up. He is of Pakistani ancestry and he was enrolled in the Croydon College where he studied GNVQ in Performing Arts. He obtained a BTEC National Diploma in Performing Arts degree from the Kingston College and also obtained a Drama degree from the Richmond Drama School. He created the web series named the Diary of a Bad Man on September, 2010. The concept was to showcase the life of a young man with a mind of a seven year old. The fifth episode of the web series was named to be the most widely searched video in UK on 2011.

For his successful internet career, he was interviewed by Waqas Saeed on BBC Asian Network on 2010 and he was also featured on BBC Asian Network’s Noreen Khan Drive Time show. He has been since interviewed and featured on several comedic and other shows in BBC and on other channels. He toured four UK cities on 2011, July and then eight cities from November to December. His show was named The Badman Comedy Tour. He has also been involved in several theatre shows and has done several stands up shows about being a Muslim lad in the UK. He has been nominated in the comedy and entertainment category for several numbers of times too.

Arshad has given several interviews and speeches to students. But his personal life still seems to be hidden well from the general public. He currently seems to be single. It is not known whether he previously has an affair with anybody else or not. Arshad has been very secretive about his personal life and whenever he discloses the details, he says that he is single and that he has no girlfriend. Weather this is the truth or a well hidden lie remains to be tested. He, at the age of 30, has never been married and thus does not have a spouse yet. He also does not have any children and does not seem to be in a hurry to get married anytime soon. While his comedic approach to life has been very well appreciated by the audience, people still want to know more about his personal life.

Arshad has obviously managed to enhance his economic status due to his fame. But his actual net worth and salary is not a known thing.