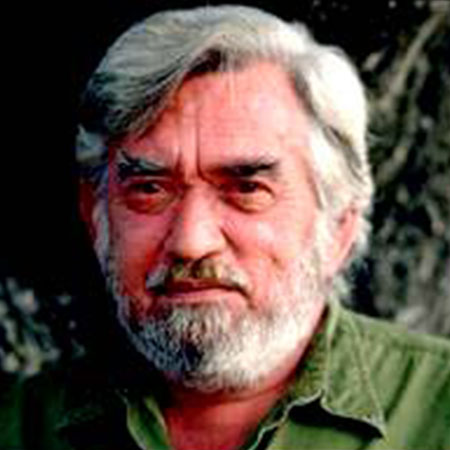 Born with the silver spoon, Hugo Eric Louis van Lawick is the one and only son of the wildlife photographers and primatologist: father Hugo van Lawick and mother Jane Goodall.  As of 2019, he is serving as a boat builder in Tanzania. Following his family tradition, he is also an animal right activist.

Hugo Eric Louis van Lawick was born in the year 1967 to parents: father Hugo Van Lawick and mother, Jane Goodall. His father was a Dutch wildlife filmmaker, and a photographer and his mother was a primatologist who was studying the Chimpanzees at Gombe Stream National Park in Africa.

His father was hired by the National Geographic channel to make the films of the study done by Jane Goodall on Chimpanzee. They met in the year 1964, and they fell in love with each other.

On March 28, 1964, Jane Goodall and Louis Van Lawick were married in London. After three years of their marriage, their son Hugo Eric Louis van Lawick was born. His parents used to call him "Grub."

Hugo Eric Louis van Lawick's parents used to live in the wildlife of Africa to study the chimpanzees and shoot their films and photos. So, he also spent a lot of his early days in the wild. As stated by his mother, they used to put him in a cage-like big cot when they were out for work and searching for food.

Further, his mom Jane Goodall stated that when he reached the age of seven, he was sent to London to study.

Hugo Eric Louis van Lawick first made his appearance into the media from the biopic "Jane's Journey" in 2010. In the biopic, he spoke about how he grew up as Dr.Goodall's son and his conflicts with his mother, who was dedicated to her research.

As of 2019, Hugo Eric Louis van Lawick is working as a boat builder in Tanzania. He claims to be an animal rights activist as his mother.

Lawick has just started his career, thus, has not disclosed much information regarding his work life and profession. Likewise, he has not revealed the exact figure of worth. But considering his parents' achievements, awards, and earning; we can assume that he lived a lavish life.

His father earned eight Emmy Awards from his films and was also appointed an Officer in the Order of the Golden Ark in 1992 by Prince Bernhard of the Netherlands, the co-founder of WWF.

Lawick's mother also received France's highest honor as the Officer of the French Legion of Honor by the French Prime Minister Dominique de Villepin in the year 2006. In the same week but a different function, she was awarded the UNESCO 60th Anniversary Medal.

It can be easily seen that Lawick's father and mother devoted themselves to their career and earned a huge amount of net worth. As of 2019, the net worth of Jane Goodall is $175 million.

Who Is Hugo Eric Louis van Lawick Married To?

Hugo Eric Louis van Lawick is 52 years old, as of 2019. He has maintained a low-key profile and has not disclosed anything about his personal life. It is still confirmed whether he is a married man or divorcee or enjoying his dating life.

Gossip mongers have reported that he is the father of his two children; Merlin Van Lawick and Angel van Lawick. He is currently living with his daughters and his mother in Tanzania.

Details about his married life and wife are not disclosed into the media yet. Lawick seems to be very secretive and has kept his life under the radar.