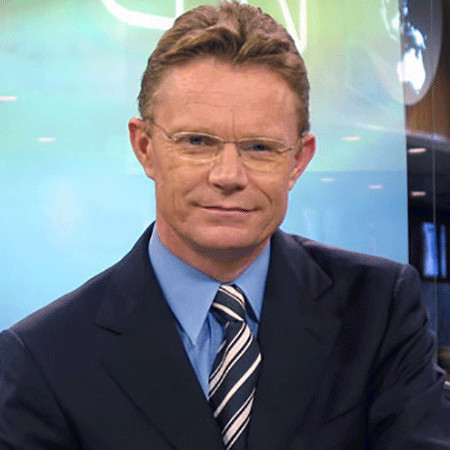 He is a top level journalist and his work has touched everyone all over the world. He has hosted great shows and his presence has made them great too. Despite not being born in Australia, he has won hearts of Australian people. He has kept improving from the word go and this will happen in future too. He is none other than the sensational Hugh Riminton.

Hugh Riminton was born in the year 1961 and this makes his age 55 years at this time. In few years, he will soon be termed as a legend. He was born in Sri Lanka. He belongs to the nationality Sri Lankan. He is also a foreign correspondent.

Hugh Riminton is a well-educated man. He has a master’s degree and he earned it in style after working very hard. His childhood was not lavish at all. His father used to manage tea estates. He had to go to New Zealand at a very early age of just five. His good luck started when he moved to Australia. He did so when he was just aged 17. He went to a university called Macquarie University to get his degree in the field of work focusing on peacekeeping policy.

Hugh Riminton got a chance to join Nine Network in the year 1989 and he did not let this chance slip through his hands. His grab this opportunity and this gave his career a head start. This network was located in Melbourne of Australia at that time. He became the London-based correspondent in the year 1991.

Till now he has reported from more than a whopping 40 countries and this record is quite tough to beat. He has reported from countries such as India, Russia, East Timor and China. The list goes on and on. He has also worked for CNN in the past and totally shined for them. In the year 2010, Hugh Riminton got appointed as Ten News Political Editor and he made the most of it. In the year 2011, he was awarded Walkley Award for his amazing work.

Hugh Riminton’s personal life has been full of ups and downs. He was dating his girlfriend Sue Perry before the couple decided to get married. The couple got married but sadly their relationship as husband and wife came to an end after their divorce. He then married Kumi Taguchi but sadly their relationship also faltered. He married Mary Lloyd in the year 2010 and till now they are going fine with this relationship. He has a total of four children from his different marriages. His family means a lot to him.