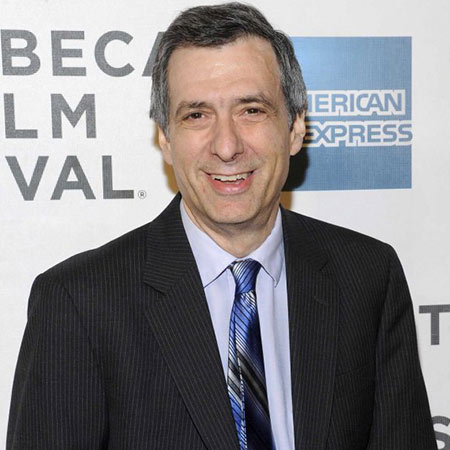 Howard Kurtz is an American journalist who is known for running the Media Buzz program on Fox News Channel. Before that, he has also worked as the writer at The Washington Post as well as The Daily Beast.

Apart from his work as a media person, Howard has also written 5 books related to the media; Reality Show: Inside the Last Great Television News War (2007), The Fortune Tellers (2000), Spin Cycle: Inside the Clinton Propaganda Machine (1998), Hot Air: All Talk, All the Time (1996) and Media Circus: The Trouble with America's Newspaper (1993).

Howard Kurtz was born as Howard Alan on August 1, 1953, in Brooklyn, New York, U.S. His nationality is American, and he is of white ethnicity.

Kurtz is the son of Marcia Kurtz and Leonard Kurtz, who worked as clothing executive.  He was born as the couple’s only child and has a pretty decent childhood.

Kurtz joined the University at Buffalo (SUNY). During the time, he worked on a student newspaper, the Spectrum, becoming the editor in his senior year.

Kurtz earned his bachelor degree from the Columbia University Graduate School of Journalism.

After his graduation, he worked in New Jersey for a short time for Record magazine before leaving to Washington D.C. There, he worked for several newspapers and columns like at Washington Star, Washington Post, The Washington Monthly, The New Republic, etc.

One of his earliest and prominent jobs was when he undertook the duty for Washington Post as a national affairs correspondent in 1981 and gave 29 years of his career departing on the October of 2010.

While working at Washington Post, he also served on the weekly program Reliable Sources for CNN since 1998 till 2013. The program which was basically about the media discussed performance and biases, fairness as well as objectives of media reports as well as journalists.

Currently, Kurtz is working with FOX News Channel since 2013. He is one of the most popular reporters in the channel and also known for his program Media Buzz.

Howard Kurtz married twice in his life. At first, he got married to Mary Tallmer in 1979. The couple blessed with two children. Unfortunately, they were separated.

In the early 2000s, Kurtz was married for the second time, to his current wife, Sheri Annis. The two of them are still together and have one kid born in 2009.

His wife Sheri Annis is a media consultant and political commentator, known for being the campaign spokesperson for Republican California Gov. Arnold Schwarzenegger.

As of now, the proclaimed American journalist and author Howard Kurtz is living luxurious moment with his family.

Howard Kurtz was paid the huge salary of $600,000 for being the host of The Daily Beast. His current net worth has not been disclosed yet but is believed to be several million.