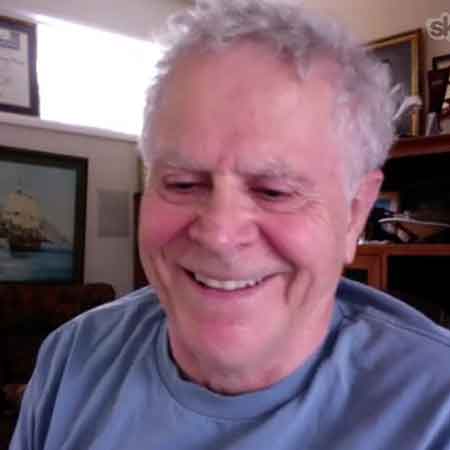 Homer Hickam is an American author, Vietnam veteran, and former NASA Engineer. Hickam is also known as a trainer of the first Japanese Astronauts. As an author, he has written many novels including "Josh Thurlow" and his best-selling novel "Carrying Albert Home: Somewhat True Story of a Man, his Wife, and her Alligator."

Homer Hickam was born Homer Hadley Hickam Jr. on February 19, 1943, in Coalwood, West Virginia. He was born under the zodiac sign Pisces. Hickam born as the second son of father Homer Sr. and mother Elsie Gardener Hickam. He graduated from Big Creek High School in 1960.

Hickam and his friends Roy Lee Cooke, Sherman Siers, O'Dell Carroll, Billy Rose, and Quentin Wilson became amateur rocket builders and called themselves The Big Creek Missile Agency (BCMA). They got qualified for the 1960 national Science Fair and won a gold and silver medal after making many fields of designs.

Hickam attended Virginia Tech in 1960 after that he joined the school Crops of Cadets. Hickam and his few cla s smates designed a cannon for football games and school function which they named the cannon "Skipper" in honor of President John F. Kennedy.

Their cannon was cast out of bra s s collected from the cadets and became an icon for Virginia Tech. Hickam Graduated from Virginia Tech in 1964 with a certificate of Bachelor of science degree in Industrial Engineering.

Hickam served from 1967 to 1968 as 1st Lieutenant in the 4th infantry division of the U.S Army. Hickam was awarded the Army Commendation Medal and a Bronze Star Medal which he served six years of active duty and was honorably discharged at the rank of the caption in 1970.

In 1981, during his NASA career, he was hired as an aerospace engineer by NASA at Marshall Space Flight Center which was located on the Redstone Arsenal near Huntsville, Alabama.

Before his retirement from NASA in 1998, he was Payload Training Manager for the International Space Station program.

Hickam writing career started in 1969 after returning from serving in the Vietnam war. His first writing was magazine stories about scuba diving and he was a scuba instructor too.  In 1989 a military history best seller was his first book Torpedo Junction.

In 1998 Delacorte Press published Hickam's second book called Rocket Boys which was the story of his life as the son of a coal miner back in his hometown. Rocket Boys become a hit book which it has been translated into numerous languages and released as an audiobook and electronic book.

In February 1999, Universal Studio released its critically acclaimed film October Sky based on Rocket Boys. After the movie, Hickam was interviewed where he said

"fine for what it is, a low-budget feel-good movie but sadly missed the best parts of my memoir. Still, the world needs feel-good movies and it has done a good job of encouraging young people to go after their dreams"

Hickam's first fiction novel was Back to the Moon released in 1999 which has also been translated into Chinese. His final book about Coalwood was published in 2002. After his biographic series, he began his popular "Josh Thurlow" series which was set during World War II.

He has also published a young adult science fiction thriller trilogy set of the moon known as the Helium-3 series that include the titles Creator, Crescent, and the Lunar Rescue Company.

Hickam's best selling book Carrying Albert Home: The Somewhat True Story of a Man, His Wife, and Her Aligator was published in 2015 where it is been translated in 17 languages that have won many awards.

In 2016 Hickam sued Universal Studios for imposter and breach of contract over rights to his Rocket Boys sequels including his other book.  The lawsuit was settled in 2017 when the federal court was initiated for alleged copyright infringement by the Marriott Theatre in Lincolnshire, Illinois.

The Vietnam war veteran Hickam has earned several accolades and has been honored with many prestigious awards. He was honored with Alabama's Distinguished Service Awards in 1984 for his heroism during a rescue effort of a sunken paddleboat in the Tennessee River.

The award ultimately earned him an opportunity to carry the Olympic Torch in 1996. The United States Olympic Committee gave him a prestigious opportunity.

In 2007 he received an honorary doctorate in Literature from Marshall University and received the Distinguished Achievement Award from Virginia Tech the same year.

Hickam was awarded the Audie Murphy Patriotism Award at Spirit of America Festival in 2010. In 2013, Hickam won the Clarence Cason Award from the University of Alabama for non-fiction writing. In 2014, Hickam won the Appalachian Heritage Writer's Award at Shephard University.

Hickam is secretive in nature and he rarely opens about his personal life and relationship status. As per his own website, he has been married to his wife Linda Terry Hickam for a long time. Linda is an artist and was his editor and a s sistant before they got into a serious relationship. The couple got married in 1998 and are living a happy married life.

Homer is not active on social media but has a fan account where his fans keep updating about his professional life and personal life as well to some extent.

Homer Hickam has not revealed his net worth to public but it is been estimated around $1 million. As an author, he has written a number of books with which he has earned a whopping amount of money.