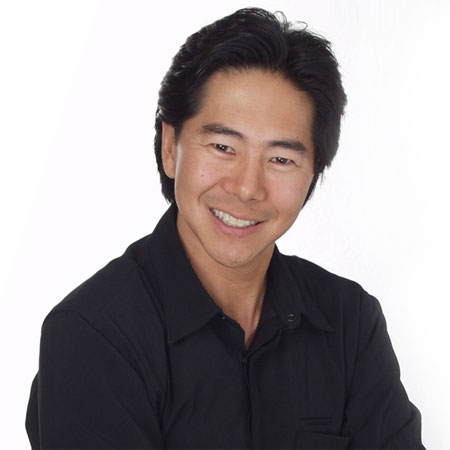 Henry Cho is a popular stand-up comedian from America. The Korean-American comedian has worked in several Radio Channels throughout the country. He has also appeared in various comedy shows like Laugh USA, Grand Ole Opry and so on. He is notable for being one of the only Asian acts to appear regularly on the weekly stage concert, Grand Ole Opry.

He is married to Amy Cho and shares three children.

Henry Cho was born on the 30th of December in 1962 in Knoxville, Tennessee in U.S.A. Henry Cho received his higher education from the University of Tennessee which is located in Knoxville. Later Henry, in the course of pursuing career moved to Los Angeles, California.

He was already into stand-up comedy before moving to Los Angeles. He always had affection towards his Asian American signature style which he always opted since the time of his growth as a stand-up comedian.

Henry Cho made to the professional world with a struggle for a few years. He appeared in numbers of television shows as professional. In the 1980s he started appearing in several stand-up comedy shows.

He appeared in shows like The Arsenio Hall Show, MTV’s ½ Hour Comedy. Similarly, he also featured in various TV credits with guest roles. He also had a starring role in the TV movie Revenge of the Nerds III: The Next Generation.

Henry Cho has made a mark in the whole world as one of the best standup comedian and widely recognized as one of the most popular Asian-American personality too.

The Henry Cho Show is Henry Cho’s own credited show with a runtime of 60 minutes. The budget of the show estimates to by $50,000. It is a TV Comedy Show which was released on 8 September 2011.

The show features casts like Guilford Adams, Grant Cotter, Jim Hope and many others. Henry Cho is 51 years old and his zodiac sign is Capricorn. Henry Cho is American by nationality and Korean by Ethnicity.

Henry Cho: Whats That Clickin’ Noise? is a TV movie of the length of 60 minutes. Henry Cho casts himself in the movie in multiple characters. He portrays Bill Engvall, Jeff Foxworthy, Larry the Cable Guy. In the movie, he quotes "I'm an Asian with a Southern accent. To a lot of people, that right there is funny."

Henry Cho and Margaret Cho both belong to the Asian origin. It had been rumored that Margaret Cho is related to Henry Cho but in response to such queries, Henry Cho has answered time to time that he isn’t related to Margaret Cho by any means and calling herself as a sister of Henry Cho is just her smart move.

Henry Cho often uses this phrase “Bless Your Heart” in his comedy. It can be supposed as a statement of pa s sive aggression and also criticism.

Then, he is set to move to Jacksonville, FL for the show from Feb 13 to Feb 15. Then Henry Cho will be moving to Las Vegas. Henry Cho’s shows receive a great response in  Youtube as well. Almost all of his shows are published on Youtube via various publishers and all of them are highly appreciated.

The Comedian has a decent amount of net worth from his comedy career. However, he has not revealed his net worth to date. He is the tall handsome guy with an average height between (5"5-6").

Henry Cho has a very beautiful wife named Amy Cho. The couple has three children. The family can be supposed to have been blessed by God. Henry Cho has a busy schedule as his whole year is marked up with tour dates.  Henry Cho will be in Birmingham at Starfome Showroom performing from Jan 30 to Feb 1.