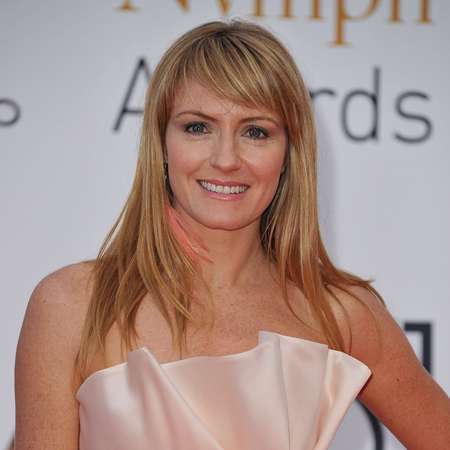 Helene Joy is an actress of television film and stage fraternity, of Australian nationality who is probably known best for the portrayal of roles in the series Durham County and Murdoch Mysteries. She works in the Canadian entertainment industry but is originally from Australia.

She was born on May 27, 1973, in Australia and the whereabouts of her parents are not known to her fans until now.

Born and raised in Australia, we attended the Kewdale High School for her education and also toured with a youth theatre company in Europe. She also studied for a year in the Curtin University and the studied acting from the Western Australian Academy of Performing Arts. She also won the Leslie Anderson Award for Best Performer from the Academy.

She joined the Bell Shakespeare Company situated in Sydney and Melbourne and acted there after her graduation. She then did some minor roles in Australian series like Water Rats, Snowy River: The McGregor Saga, Stingers, and Big Sky. After her boyfriend urged to, she moved to Canada, British Columbia and has been working there since.

She has worked on several series like First Wave, The Chris Isaak Show and The Outer Limits and also in An American in Canada. She also appeared on the film Desolation Sound and landed roles in Toronto next. She has appeared in television roles like Under the Dragon’s Tail, This Is Wonderland, ReGenesis, MVP: The Secret Lives of Hockey Wives, The Secret of the Nutcracker, An Old Fashioned Thanksgiving, Heartland, Rookie Blue, Republic of Doyle, The L.A. Complex etc.

Her theatre credits include acting in Hamlet, Macbeth, Romeo and Juliet etc. in the Bell Shakespeare Company. She is also a voice actress and has been nominated for a Gemini Award for Best Performance by an Actress in a Featured Supporting Role in a Dramatic Program or Mini-Series upon acting in The Murdoch Mysteries: Under the Dragon’s Tail.

It seems that she is focusing more on her career rather than on the dating arena as of now. It sure can be hoped that she finds the man of her dreams real soon and that good news about her comes in the way of her fans.

The net worth and salary of this pretty beauty are yet unknown, but it can be said that the value is in the range of millions.

Joy moved to Canada through the pressure of her then boyfriend and then got the chance to act in several movies and television shows but the whereabouts of her present boyfriend, however, is not known. It can be said that she is currently single and has never been married too. She has never had any children.

Her dating history and list comes out empty. She has not been rumored to be having an affair with anybody. She has never also been suspected to be a lesbian or a bi-sexual.