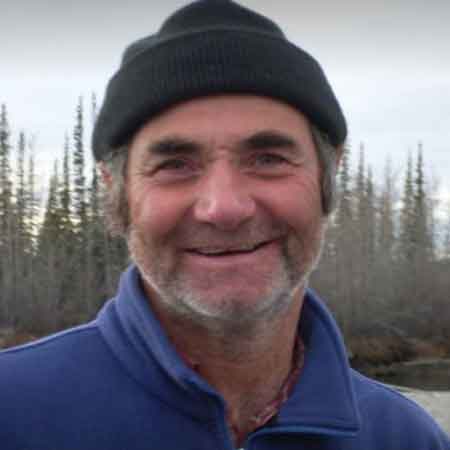 Heimo Korth is a trapper, hunter, and fisher in the Coleen River above the Arctic Circle. The outdoorsman came to limelight after the elite writer James Campbell published a book titled The Final Frontiersman: Heimo Korth and His Family, Alone in Alaska's Arctic Wilderness which is about Korth's adventurous lifestyle. He gained further fame after a movie Surviving Alone in Alaska which documented his lifestyle in 2009. He has also been featured in the reality TV series The Last Alaskans since 2015. The show mainly follows four families including Korth's family.

Heimo Korth was born on April 17, 1955, in the United States of America. He is the son of Irene Korth and Erich Korth. Not much information regarding his childhood and education background is available.

Korth belongs to American nationality while his ethnicity is White.

In 1992, Korth featured on PBS's Braving Alaska. Incidentally, he also appeared in a documentary TV series Flying Wild Alaska. Korth and his family alongside four other families made the hit reality TV series The Last Alaskans, which was aired on May 25, 2015, on Animal Planet. A most viewed Discovery series follows four families live in the Arctic National Wildfire Refuge in Alaska.

The reality TV series aired its fourth season on the Discovery Channel on November 25, 2018.

Striving to be self-reliant, Korth hunt fish in the Coleen River above the Arctic Circle. In the summer, he works in Fort Yukon.

From his successful career, Korth has collected a large amount of money which as per some online sources is believed to be more than $1 million. His primary source of income is his TV career.

Korth's lifestyle came to public attention after he published a book named The Final Frontiersman: Heimo Korth and His Family, Alone in Alaska's Arctic Wilderness. It is also priced $12.99 for Kindle and $15.30 for Paperback on Amazon.

Heimo Korth is married to a reality TV personality Edna Korth for a long time. It was reported that the couple tied the knot in the mid of 1970s. The pair welcomed their first child, a daughter named Coleen Ann Korth on May 29, 1982. The unfortunate incident took Coleen's life just five days past her second birthday in 1984 when she drowned in a river.

After the incident, the pair does not give birth to any other kids. Reportedly, his spouse Edna had a daughter named Millie from her previous marriage.

Together, the pair featured in several reality shows. They live upon the Brooks Range in the winter. Similarly, Korth also enjoys hunting, trapping, and fishing. In the summer, he also enjoys playing his PS2 when he has time. Some of Heimos' favorite television shows include Seinfeld and Astro Boy.

Have a look at Heimo Korth video: