Heather Armstrong is an American blogger who is known for her blog, Dooce. The queen of the mommy bloggers came up with the pseudonym of Dooce from her inability to spell dude during online chats with her former co-workers.

How Old is Heather Armstrong?

Heather Armstrong was born Heather Hamilton on July 19, 1975. She grew up in Memphis, Tennessee. She is of American nationality and her ethnicity is white.

Since childhood, she was raised as a member of The Church of Jesus Christ of Latter-day Saints (LDS church) in Memphis, Tennessee. She graduated in Major English from Bringham Young University in Provo, Utah in 1997. During her college years, she began having doubts about the LDS Church and after experiencing several bouts of depression, she left both the church and Tennessee to relocate to Los Angeles.

What is Heather Armstrong's Relationship Status?

Heather Armstrong was a married woman. The 45 years old blogger was previously married to a web designer named, John Armstrong. The pair were married for just over a decade. In 2012, Heather and her partner announced that they were separating. They finalized their divorce later that year. 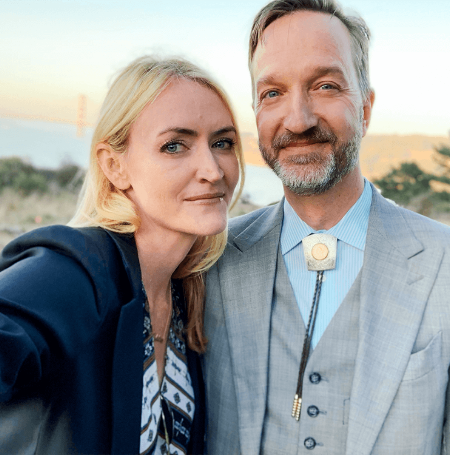 The reason for their divorce was mentioned in their blogs. According to her, her partner was controlling and punishing. He expected her to just get over the negative commentary on her site.

Following the divorce, Heather has been romantically linked with former Senate candidate, Pete Ashdown. Her partner is a tech entrepreneur and two times Democratic candidate for the US Senate seats from Utah. Pete is the CEO of Utah's oldest internet provider, XMission. As for her ex-husband, he relocated to New York City with his new girlfriend.

Het Net Worth and Career

Heather Armstrong is a blogger, writer, and social media influencer. From her career, she has ama s sed an estimated net worth of around $1 million as of 2021.

She started her career as a web developer. She has also worked as a consultant and designer. She started her blog, Dooce.com, in 2001. When she wrote about her coworkers satirically in her blog, she was terminated from her job. She started running ads on her websites and five years later, she had over 8.5 million viewers a month. From them, she was making over $100 thousand per year from banner ads.

In the mid-2010s. her viewers started declining due to the influence of social media. She went into depression and didn't blog regularly. She resumed her blogging only after she was given an experimental treatment in 2017 which put her into an induced coma for 15 minutes. From her experience, she wrote the book, The Valedictorian of Being Dead. She is currently the President of Armstrong Media.

Forbes has featured her on the list of The Most Influential Women in Media in 2009. She also appeared on Oprah's talking show.