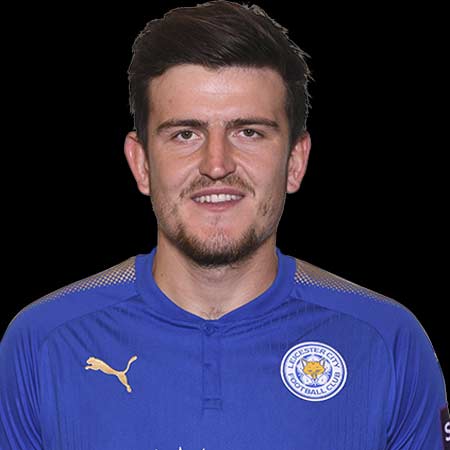 English professional footballer, Harry Maguire currently plays for Premier League club, Leicester City, and the English national team. He is associated with the club since June 2017 when the team signed him as a defender. He started his professional football career with Sheffield United in 2011. Till date, he has scored 18 goals appearing in 301 matches.

Harry Maguire was born Jacob Harry Maguire on March 5, 1993, in Sheffield, South Yorkshire. He was raised along with his brothers Joe Maguire and Laurence Maguire who are also footballers. As per his nationality, Maguire is British and belongs to Caucasian ethnicity/race.

Maguire started his football career with Sheffield United FC. Later, he was promoted to the first squad and debuted in April 2011 after coming on as a half-time substitute in a match against Cardiff City. For his performance in the match, he was awarded 'Man of the Match.' He scored his first goal for the Blades in a 2–0 win at 2011–12 League One season after the team was relegated.

Maguire was in a good form throughout the season as the team pushed for a promotion from League One. At the season end, the club named him both "Player of the Year" and "Young Player of the Year" for his performance. He was selected by BBC's Match of the Day magazine in its  League One Team of The Year for 2011–12. He scored two goals in a Football League Trophy tie in a 4–1 victory over Notts County. At the age of 19, he successfully made his 100th start for the Blades in a 0–0 draw against Leyton Orient.

On June 21, 2014, it was revealed United offered an improved contract to Maguire surrounding an interest to sign him by Hull City and Wolverhampton Wanderers. They rejected a $1.35 million (£1 million) and improved $2 million (£1.5 million) bid from Wolves.

On July 29, 2014, Harry Maguire signed a three-year contract with Hull City worth $3.38 million (£2.5 million). He signed a one-month loan deal on 10 February 2015 with Wigan Athletic. Maguire scored his first goal for the team in a 2–1 EFL Cup win against Bristol City on 25 October 2016. He also captained Hull City in Premier league 4-2 victory against  Middlesbrough and scored his first Premier League goal. 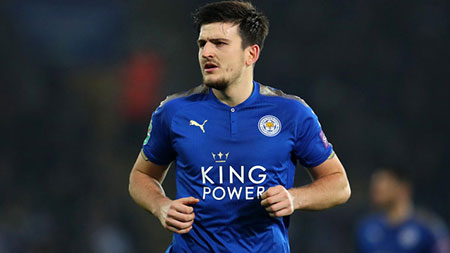 In November 2012, Maguire was first called up for the England national under-21 team for a friendly match against  Northern Ireland. He made his debut in England Under-21 as a  substitute in the 60th minute in a 2-0 win.

England manager, Gareth Southgate announced he included Maguire in the national team for 2018 FIFA World Cup qualification team matches against Malta and Slovakia. He made his debut in the final match 1-0 win against Lithuania. He was named one of the 23-man in England's national team for the upcoming 2018 FIFA World Cup which will be held in Russia.

Harry Maguire play as a defender for Premier League club, Leicester City, and the English national team. He is considered as one of the highest paid players of the club. His estimated market value is $9.47 million (€8 Million).

Harry Maguire is in a romantic relationship with his longtime girlfriend, Fern Hawkins. The couple is unmarried but they are in a live-in relationship for a long time. The duo knew one another since June 2011. At first, they were best friends and eventually fell in love. The couple is open up about their relationship and they often post pictures of them together on their social media. 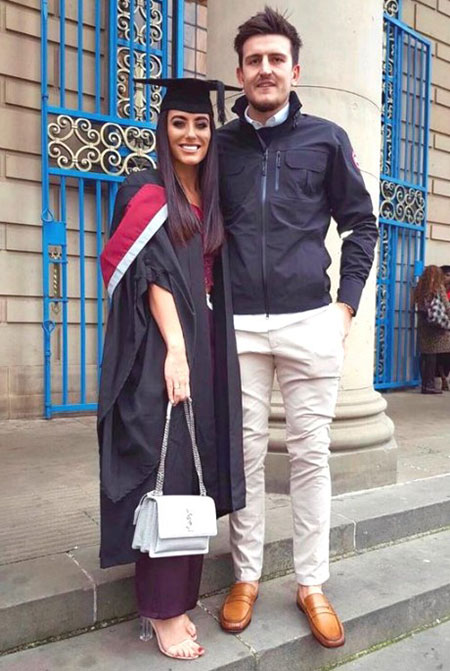 Currently, the duo is in a live-in relationship and resides in London. They are godparents of Fern's niece, Florence Fraser and she announced the news via her Instagram post.

Pleasure to be a godparent to this beautiful boy

The pair shares a healthy relationship and is yet to reveal about their marriage plans.

Check out Maguire's some of the best moments in the football pitch.