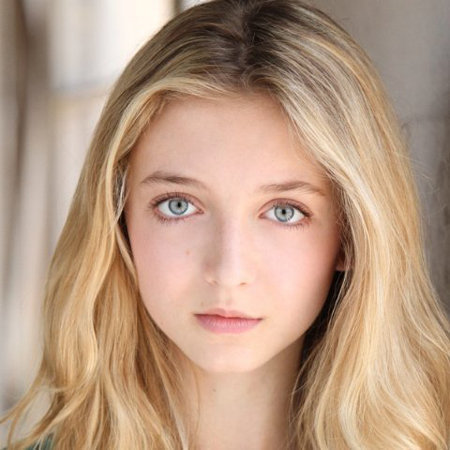 American actress, Hana Lani Hayes is best known as the voice and image of ‘Sarah’ in the ‘Sony/PlayStation’s’ critically acclaimed and popular video game, ‘The Last of Us.’   She is also famous for the ‘Fox Channel’s’ comedy TV series ‘The Grinder’.

She has till date been seen in several movies and television serials. She has lent her innocent face and brilliant acting to enhance these series.

Hana Lani Hayes was born on 29 March 1999 in the state of Arizona in the United States and has spent almost all of her childhood there.

She is the daughter of Sandy and Robert Hayes. She has a brother, Justin Hayes. Her mother is an architect and worked briefly in London, but she took semi-retirement to help Hana with her career.

She had obtained a scholarship from The Voice voice Studio for her dancing, singing and acting skills. She has studied acting from various institutes across Los Angeles including the famous Playhouse West and Actorsite and they have certainly honed her acting skills.

She made her professional acting debut in 2011, appearing in the television series Criminal Minds, as well as a couple of short films and the feature film Thunderstruck, featuring basketball superstar Kevin Durant.

Hana is presently very young to get married or get divorced let alone have a child. Her dating list is not so long and includes the very prominent child actor, Chandler Riggs whom she met while he was acting in AMC’s The Walking Dead.

Hana’s prominence is also partly because of her dating Chandler. They are still dating and have not had any split-ups. But like any other celebrity, she has allegedly been linked to many other co-stars of her which is totally fallacious because Hana is now and again seen in public with Chandler.

Hana is adored by her cast members and her fans. She revealed that she is a cat person and loves sweet tea. The well-known fact is that Hana is close friends with Disney’s star Brooke Sorenson. Hana comes from the Caucasian American ethnicity.

Hana has not received any significant award till date but she has made various appearances in movies and series after debuting in her professional acting career in 2011 with TV series; Criminal minds for which she was noted.

Since then, she has given many appearances in Thunderstruck, Beautiful now, Crazy Town, End of innocence and many more.  Hana was previously represented by WME and The Collaborative quid est, which is now Silverlining entertainment and is currently managed by Coast to Coast Talent’s agent AWA Alexander White.

Hayes likes reading biographies and her favorite author is John Green. Her hobbies are horse-riding, traveling and shopping. She loves to bake. Hayes likes sweet tea and cats. She is a supporter of gay rights.

Hana’s exact net worth is not known but like many other child stars, she also has a huge salary. She has a petite body with perfect measurement.