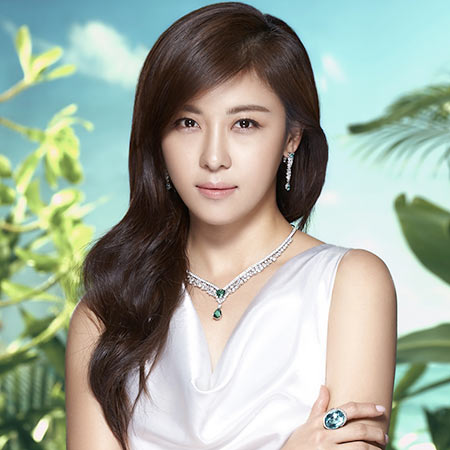 Ha Ji-won was born on June 28, 1978, in Seoul, South Korea. She has a younger brother and two sisters as siblings. Ha Ji-won is the second oldest child in the family and her brother Jeon Tae-Su is also a popular actor. She wanted to be an actress since her childhood.

Ha Ji-won began her career in the entertainment industry after a talent agency offered to sign her to a contract. The contract also required that she should join the college and should have a major in theater.

She made her acting debut in the TV show of KBS drama Sinsedaebogo 100hui Teukjib in 1997 and continued to act in small supporting roles in several dramas and with her amazing performance in the KBS Series School 2 in 1999, she started to gain the attention from drama fans.

Ha Ji-won was cast in her first feature film in 2000 playing the role of a fan club president in the movie Truth Game. Her performance was able to win the best new actress award at the 200 Grand Bell Wards. Afterward, she landed the starring role in the box-office hit 'Sex is Zero'. In 2003, she was cast in the starring role in the MBC drama 'Damo: The legendary Police Woman'. The show became a massive hit in Korea and she became a household name.

Talented Ha Ji-won’s amazing performance in the SBS drama 'Something Happened in Bali' in 2004 also turned into another hit. Some other remarkable performances of her were seen in 100 Days with Mr. Arrogant, Reversal of Fortune, Daddy-Long-Legs, and Love So Divine. Moreover, she has also released albums like 'You Are Zoe' and 'Now In This Place' as a singer.

Beautiful actress Ha Ji-won has been rumored to be in a relationship with Taiwanese actor Chen Bolin. However, both of the actors have denied all the stories and rumors.  Chen Bo Lin and Ha Ji-won are also starting together in the Chinese movie 'Risking Life For Love'. In the meantime, both of them have also been represented by the same agencies in the areas of Korea and China. Prior to Chen, Ha has been in two relationships but she has not revealed any information apart from that.

According to some sources, the net worth of popular actress Ha Ji-won is estimated to be around $1 million. Although she has an average height of 5 feet and 5 inches, she looks great on the screen because of her fantastic body and gorgeous look.