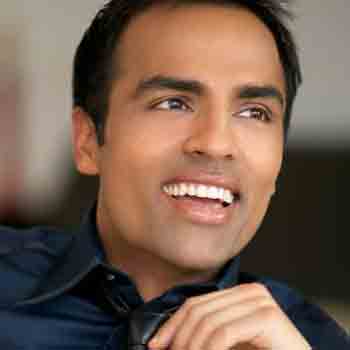 India Born American internet entrepreneur, philanthropist and writer Gurbaksh Singh Chahal is a young established multi millionaire. Gurbaksh Chahal was born in the year 1982 July 17 in Tarn Taran Sahib in Punjab, India. His parents are Avtar Singh and Arjinder Chahal. He has 3 siblings, one brother and 2 sisters. Gurbaksh parents had received the Diversity Immigrant Visa lottery in 1985. When he was four, his family moved to San Jose, California from Punjab and began to live there afterwards. By the age of 25, Gurbaksh had founded and sold two advertising companies for US $ 340 million. Gurbaksh is a popular young millionaire in America. He is the hot personality.

Gurbaksh started his career as an entrepreneur from the early age of 16 dropping out of high school working full time at his first venture ClickAgents, which was an advertising company focused on performance-based advertising. In 2000, ClickAgents was bought by ValueClick in a $40 million all-stock merger. He had three year non-compete agreement with valueclick. In January 2004, he formed BlueLithium, which is a advertising network. In 2006, the firm was named as Top Innovator by AlwaysOn. The firm was bought by Yahoo! for $300 million in cash. He remained the CEO of the BlueLithium through the transition period.

In 2009, Gurbaksh started his third online ad company which is focused on creating a new category of real time advertising. The company raised its first round of financing of $ 12.5 million from several organisations. In 2010, the company re-branded itself as RadiumOne launching its Programmatic Advertising Platform delivering the real-time advertising across the web. The company raised $21 million in financing. Simultaneously, the value of the company rose to $ 500 million. After Garbuksh Chahal was found guilty in Domestic violence, he was fired from the post of CEO of RadiumOne on April 27, 2014.

Being the young and very successful entrepreneur, he has been the public figure in such a young age. He has appeared in the Oprah Winfrey Show in 2009 October 23 where Oprah Winfrey introduced him as “one of the youngest and wealthiest entrepreneurs on the planet Earth”. In 2009 January, he was featured in Extra TV as America’s most eligible bachelor. In an episode of the Fox reality TV show Secret Millionaire, he went in the Tenderloin district of San Francisco being undercover and he gave out $110,000 from his own pocket. He has also been actively involved in the Pace University and introduced Gurbaksh Chahal- Enterpreneurial Scholarship Program. He has also founded the BeProud Foundation with $ 1 million of his own money with the objective to create awareness campaigns to stop future hate crimes after being inspired by the deadly events relating to the Wisconsin Skin temple shooting.

Gurbaksh has been awarded and honored with several of the awards and achievements in between this short time. He lives in San Francisco, California. He is still bachelor not married but he has been in affair with his girlfriend. The name of his girlfriend is not revealed. He has been charged by the San Francisco District Attorney’s Office with 47 counts of domestic violence. In August 2013, he has been accused for “hit and kicked” allegations on his girlfriend for 117 times over a half-hour period which was acquired from the video tape of CC camera. As of April 16, 2014, being found guilty he was sentenced to three years probation, 52 week domestic violence training course and 25 hours community service.

Gurbaksh undoubtedly is a successful young bachelor, a man with money and the brain. No woman can avoid such a guy and even the male wants to be like him. Therefore, Gurbaksh has the long list of fans and people who want to know more about him and his work. Thus, his fans can follow him on Titter as he is an active user of Twitter to get updated with his activities and can go through different internet websites including Wikipedia and his personal site.