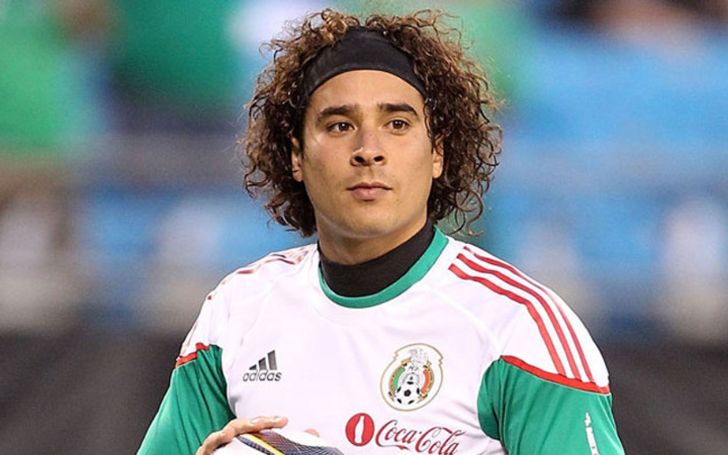 Guillermo Ochoa, also known as Memo is a Mexican footballer. He currently plays for the Liga MX club America and the Mexican national team as their goalkeeper.

Guillermo Ochoa was born as Francisco Guillermo Ochoa Magana on July 13, 1985, in Guadalajara, Jalisco, Mexico. He has Mexican nationality while his ethnicity is Hispanic. 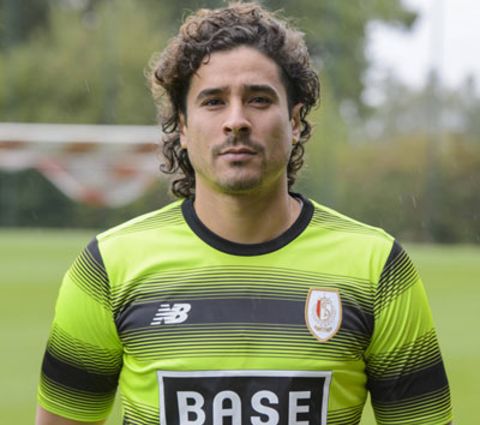 Regarding his education, he graduated from the Johan Cruyff Institute in Football Management Degree online program.

Is Guillermo Ochoa Married or Dating Someone?

Yes, the 6 feet 1 inch tall Guillermo Ochoa is a married man. He walked down the aisle with the love of his life, Karla Mora, a Mexican model, on July 8, 2017, in Ibiza, Spain. The duo started dating after his move to France.

After dating for a couple of years, Guillermo and his partner, Karla welcomed their very first child, a daughter, Lucciana in Corsica on February 8, 2013. Two years later, he welcomed his second child, a son on April 1, 2015. The duo married in 2017 and two years after, in May 2019, they welcomed another daughter. 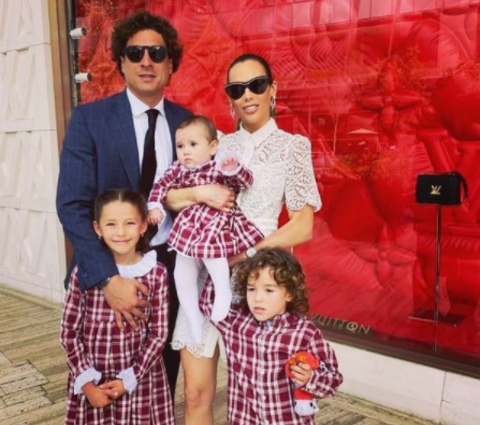 Prior to getting into a relationship with his current wife, Ochoa was dating the Mexican actress and singer Dulce Maria. They only dated for a year from 2005 to 2006.

The 35 years old Guillermo Ochoa has an estimated net worth of around $7 million as of 2020. In 2014, he earned an estimated annual salary of around $2.275 million. Hence, he is continually earning his salary in the same range.

Guillermo started his career as a professional footballer with America when he was only 18 years old. He was with the team from 2003 to 2011. In total, he has appeared in 263 matches and within those appearances, he won Golden Glove awards and was also listed for the Ballon d'Or in France Football's list of candidates.

In 2019, Guillermo returned to Club America on a three and a half year deal. It was reported that he was the highest-paid Mexican player in the Liga MX earning $4.4 million per year.

Guillermo has also played for his home team. He was the third-choice goalkeeper in the 2006 FIFA World Cup. Similarly, he was a backup keeper in the 2010 World Cup qualification. However, for the 2014 and 2018 World Cup, he was the first-choice keeper.