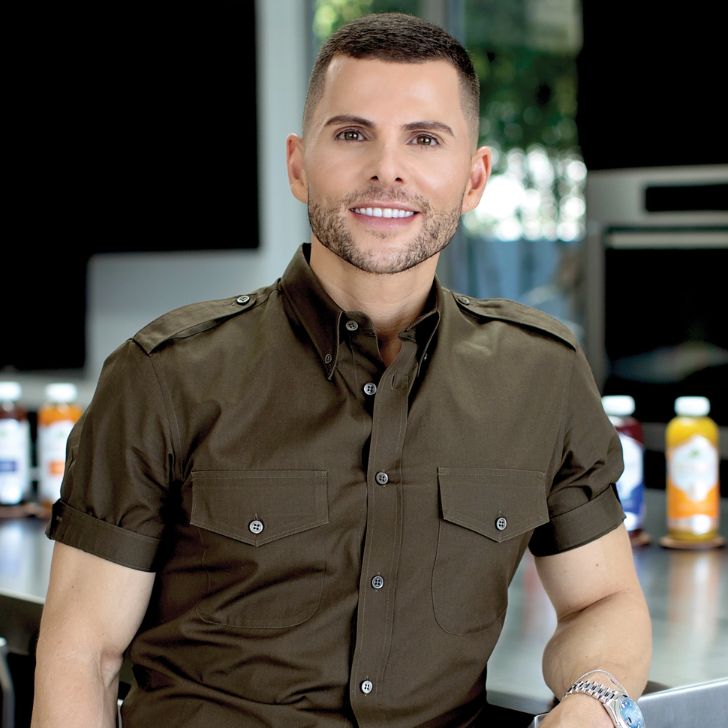 GT Dave, born Greg Thomas Dave, an American businessman is the founder and CEO of GT’s Living Foods, a kombucha company (kombucha tea or mushroom tea). The then-Santa Monica College attendant began homebrewing kombucha & established a company at the age of 17, being the first to put the product on store shelves. GT's Living Food (formerly GT's Kombucha) now covers 40% of the U.S. kombucha market and is a billion-dollar brand.

Dave was born in 1978 in Beverly Hills, California, the USA, as the youngest of 3 sons to Laraine Dave and Michael Dave. His elder brother Justin died in 1996 due to bone cancer, while the eldest brother, Adam is a 2008 graduate of Louisiana State University's medical school.

Reportedly, Gerg Thomas Dave's parents received a SCOBY as a family gift in 1992 and began home brewing kombucha. At that time, he attended Beverly Hills High School as a freshman and later enrolled at Santa Monica College to take business classes but left & obtained GED.

How Old Is GT Dave?

Inspiration To Bring GT's Kombucha In The Market & Growth To Prominence

In 1994, Dave's mother Laraine was diagnosed with breast cancer & recovered the disease with the use of a homemade kombucha drink. It inspired GT Dave to expand the product in the market and make it accessible for everyone to benefit selves with kombucha tea. In 1995, at the age of 17, he founded GT's Kombucha, where he serves as the CEO and founder until now.

Dave sold his first-ever bottled GT's Kombucha to LA health food store Erewhon Natural Foods; his two cases (24 bottles) sold-out on the first day. In 1996, he introduced flavored Kombuchas and created a new Synergy line of Kombucha by 1997, accounting for 30 to 50 cases sales per day.

Thereafter, Greg Thomas would rent a 2,000-square-foot industrial space in Gardena, expanding Kombucha and Synergy Kombucha in California Whole Foods stores. By the late 1990s, his company was earning $150,000 in annual sales.

GT's Kombucha Is A Billion-Dollar Company

By 2005, GT Dave moved the kombucha production to a larger brewing facility and began national distribution. Moreover, along with original Classic Kombucha, he expanded the business with the addition of the Enlightened Kombucha line, Chia flavors to the Synergy Kombucha line, CocoKefir, and CocoYo. GT's Kombucha celebrated its 20th anniversary in 2015.

Dave rebranded GT Kombucha as GT's Living Foods in 2018 and produces 1 million bottles per year in a 260,000-square-foot factory in Vernon, California, that cost him $40 million in construction. As per the report of The Forbes in May 2019, GT Dave's company made an estimated $275 million in sales annually. According to an Inc. analysis, kombucha consumers bought $600 million worth of the product in 2015, with more than half being of GT's.

The Forbes reported GT's Living Foods worth over $900 million in 2019, and John Hackett of Coca Cola estimates that Dave's company with a growth of 40% per year will hit a $2 billion category by 2020.

He donated $1 million to Kombucha Brewers International in 2019, which aims to solidify the integrity of the kombucha products.

In April 2020, GT Dave's net worth accounted at $1 billion as per The Forbes; the fortune value is estimated at $1.5 billion in September 2020. He owns a 100% stake of the company & never took any loan except $10,000 from his mother Laraina in the start-up. Meanwhile, his company GT's Living Foods makes  $275 million in annual sales & controls 40% of the US kombucha market.

The American businessman added a third house in his Beverly Hills property portfolio, after buying a 4-bedroom and 3.5-bathroom house speed on 3,450 square feet for $5.7 million in September 2019. Back in 2009, GT Dave had bought 2 side-by-side in another part of Trousdale for a combined $10 million.

He drives a $150,000 worth Mercedes AMG GTR and owns an eight-acre property on the Hawaiian island of Kauai, a Tudor-style mansion in Hollywood (bought from Ted Danson’s ex-wife Casey Coates) and a luxury condo in West Hollywood.

Greg Thomas Dave, famous as GT Dave, is openly gay and married. He enjoys a blissful marital relationship with his longtime boyfriend-turned-partner/husband Allan Fanucchi. After 6 years of dating, the GT’s Living Foods founder & CEO got engaged with Allan. The wedding took place in June 2019 on the Hawaiian island of Kauai.

An avid user of social media, GT Dave often share adorable posts with his spouse on Instagram account (@gtdave3) with over 41.9K followers (as of September 2020). Currently, the duo lives in Beverly Hills, California.

Did you know? Dave drinks eight to twelve bottles of his kombucha per day.