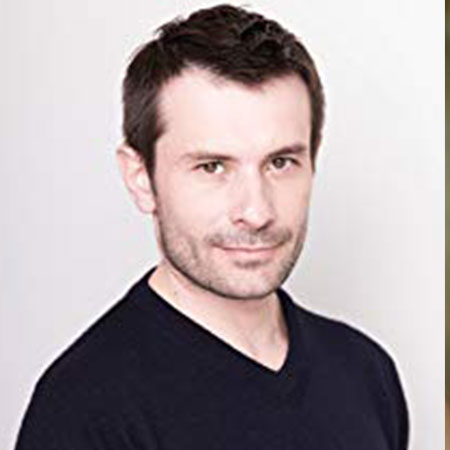 Grzegorz Stosz is a Polish actor who is also known for his directing skills. Stosz is widely known for his outstanding performance in Heavy Mental (2013), Robin: Watch for Wishes (2018) and Haus und Kind (2009).

Grzegorz Stosz was born on 13th January 1977 in Kety, Malopolskie, Poland, under the birth sign Capricorn. He belongs to Caucasian ethnicity and holds a Polish nationality.

The actor, Grzegorz Stosz made his acting debut in 1997, appearing in the Polish TV series, Clan as Robert Tetrycki. He later worked in several theater projects such as Theater Stefan Jaracz in ÅódÅº (1999), Teatr Scena Presentations in Warsaw (2001), Polish Theater in Bydgoszcz (2002-04), and Lubuski Theater L. Kruczkowski in Zielona Góra (2005).

In 2003, Grzegorz Stosz debuted in the big screen with the Polish movie, Touch Me, working alongside Ewa Szykulska, Sylwester Jakimow, Piotr Miazga, and others. Further, his other movie credits include Now Me, Aleja szowieniarzy, Corrupted, Reverse, and Heavy Mental, among others.

Stosz's most recent acting role came in the Polish drama series, Echo serca, where he worked for five episodes. He was cast along with Weronika Rosati, Antoni Pawlicki, PrzemysÅ‚aw Sadowski, and others in the series.

Grzegorz Stosz has worked in almost a half a dozen TV series as well as a movie in his ongoing acting career. He is believed to receive a good sum of a paycheck for his work. With the income from TV series and films, Stosz’s net worth can be estimated to be in six figures.

Grzegorz Stosz is 42 years old as of 2019. The well-known Polish actor has been married to Dorothy Szalma. He and his wife Szalma exchanged their vows on October 20, 2018, at a privately organized ceremony according to his Facebook profile.

Going through his wife's Facebook, we can see a photo of her with her husband and a child which possibly is their daughter, however, it is yet to be confirmed.