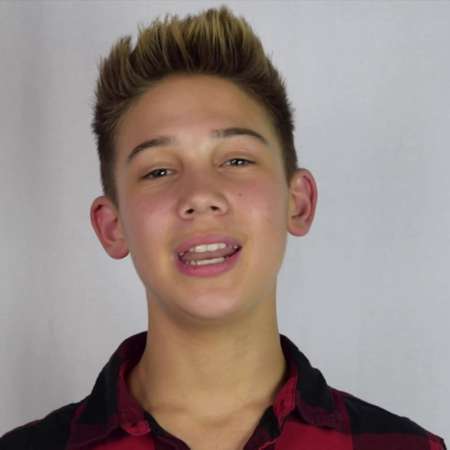 Grant Knoche is an American pop singer, recognized as being Kidz Bop Kid who featured on 25th edition of the album. He is also popular for his cover of Blank Space by Taylor Swift for Kidz Bop.

Grant Knoche was born on the 23rd  August 2002 in Texas, United States of America. He was born in a middle-class family. He has two siblings named Sean and Maria Knoche. His parents are both American citizens, although they have mixed European ethnicity from different countries.

Performing was in his blood from the beginning and with his interests as well as mentorship in music he taught himself to play the piano. From the age of 7, he started to learn and perform dancing and also started singing.

With his rise to fame, Grant has been in the heart of many young admirers, especially young women. After he started to post his songs on Youtube, he earned big admiration for his talent and was also signed by Kidz Bop Kids after which he started to do some shows as well as tours around the country.

With his growing fame, he also has some responsibilities on his shoulder and carrying his sponsor's name is not easy. He has not been known for his involvement in philanthropic deeds, however, he has been working to promote some charities. Recently, he did at Hunt Middle School for the 1st FriscoTHON City House charity.

Grant Knoche is very young for his age to get involved in love relationships whereas he has not been caught in any kinds of relationship or affairs.

Talking about Grant's hobbies, he is an outgoing person who likes hiking, rolling coasters, zip lining and such crazy sports. Likewise, he is also an animal lover and has two dogs at his place; dachshunds named Stogie and Max.

Knoche is a huge pop music fan, he adores singers like Taylor Swift, Sam Smith,  Adele, and others.

He was born with a birth sign of Virgo. He also loves sports, some of his favorite games are baseball, volleyball, and basketball etc.

With a height of only 5 feet and 5 inches, he is still young and might grow up more. He is a slim young man, with good looks and charming personality with very good vocal talents.

He is a fashion freak and loves to get out with good looks. With his music making good sales these days, it is believed that he has a good bank balance although his estimated net worth is not revealed in the media.