Grant Goodeve is an American actor and television host. He is well known for his appearance in the TV series, Eight Is Enough (1977 to 1981) as, David Bradford. From 2000-2004 he is worked as a host of HGTV's "If Walls Could Talk".

Grant Goodeve was born under the birth sign Cancer on July 6, 1952, in Middlebury, Connecticut. He is the son of Roger Goodeve who raised alongside his sister, Thyrza Nichols Goodeve, a writer, interviewer, and artist.

Regarding education, he went to Schiller College in Paris where he studied International Relations. Later on, he joined the London Polytechnic. B.An Ithaca College to study  Drama and Broadcasting. Later on, he joined Northwest University in Seattle for a Master’s Degree in Theology.

Who Is Grant Goodeve Married To?

Grant Goodeve is a married man. He has shared the wedding vows with Deborah Lynn Ketcham on May 20, 1978. They got married in a very closed ceremony in front of thier family and close friends. 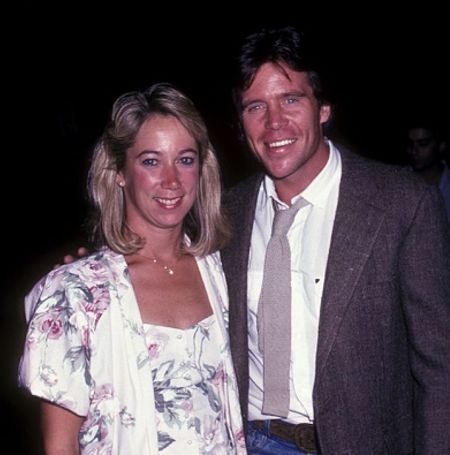 The pair has shared a son named Mac Goodeve. Also, they are the proud grandparents of six children. As of now, they have completed 4 decades of togetherness and still share very strong bonds with each other.

Grant Goodeve has $0.5 million worth as of 2021 from his career as a actor as per the celebrity net worth. In the USA, the actor is paid around $57000 per annum, so he also might be getting paid in the same range.

His movie, The Case for Christ was able to make $17 million in box office collection under the production budget of $3 million. Also, he was part of the movie,  License to Drive which made $22 million.

While talking about his career in detail, he made his acting debut in the years 1976 from his appearance in the TV series, Emergency! and in the same year, he appeared in the TV Movie, Law of the Land, and TV Series, Gibbsville. He became very famous after appearing in the hit TV series Eight Is Enough (1977-81).

Some of his notable TV and movie work includes Pigs vs. Freaks, Solid Gold Hits, Eight Is Enough: A Family Reunion, License to Drive, Murder, She Wrote,  The Love Boat, Dynasty, Trapper John, Fantasy Island, An Eight Is Enough Wedding, Northern Exposure, Something to Sing About, Proud American, and so on.