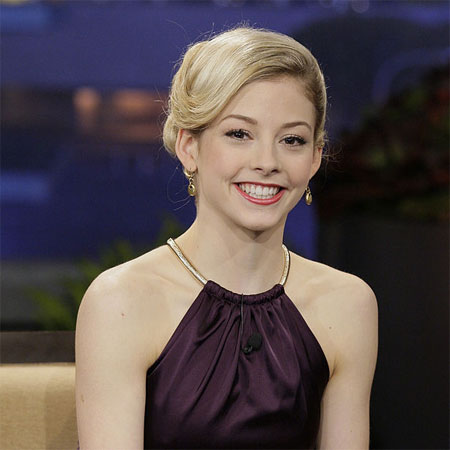 She represented the United States at the 2014 Winter Olympic Games, in Sochi Russia.  She earned the Bronze medal in the team event and finished the fourth position individually.

Gracie Gold was born on August 17, 1995, in Newton, Ma s sachusetts, USA. She was born to Denise, an ER nurse, and Carl Gold, an anesthesiologist. Her fraternal twin sister, Carly, is younger by 40 minutes. She also competed in figure skating. She is an American citizen and is of White-American ethnicity.

Gold grew up in Springfield, Missouri before moving to Springfield, Illinois. She also lived sometimes in Corpus, Christi, Texas.

She attended ninth grade at Glenwood Senior High School in Chatham, Illinois before switching to online education through the University of Missouri. She has taken ballet lessons to improve her performance.

Gracie Gold and her sister Carly began training with Amy Vorhaben and Max Liu and later with figure skating coach Alexander Ouriashev before joining Susan Liss in Springfield, Missouri.
She made her international debut at the Junior Grand Prix in Tallinn, Estonia, winning gold at the event. She then qualified for the 2012 U.S.

Championships on the Junior level. Her total of 178.92 points is a record for a junior lady at the U.S. Championships. She then competed at the 2012 World Junior Championships in Minsk, Belarus.

At the 2014 US Championships, Gold placed first in the short program with 72.12 points, the highest-ever ladies' score earned at the US Championships under the ISU Judging System. She went on to win the free skate with another record score of 139.57, thus securing her first US title.

Gracie Gold was named to the U.S. team for the 2014 Winter Olympics in Sochi, Russia. She won a bronze medal in the Olympic team event and individually, she finished in fourth place.

Gracie Gold’s net worth is to be in six figures but the actual amount is under review. She has maintained a hefty amount of net worth from her skating career as well as endorsements.

In October 013, she was a face of CoverGirl. She also appeared on the Cover of Sports Illustrated Magazine’s February 2014 issue. Gold has also featured in other magazines and sports news outlets.

She is sponsored by John Wilson company and is the brand amba s sador of the company. Gold has also involved in numerous charitable works and movements. In June 2017, she went Ohio to train future skater along with fellow skater Ross Minner. That was a fundraising event by It Forward organization based in Ohio.

In 2012 U.S. Championship, she won both the short and long programs to take the gold medal. At the 2014 US Championship, Gold placed first in the short program with 72.12 points, the highest-ever ladies' score earned at the US Championships under the ISU Judging System. She went on to win the free skate with another record score of 139.57, thus securing her first US title.

Olympian skater Gracie Gold is an unmarried woman. She is dating fellow skater Max Aaron for a few years. According to a source, the duo is in a relationship since 2014. She rarely takes a picture of him.
Gold is active on social site Instagram and news media Twitter. In January 2018, she posted about her boyfriend om her Twitter.

In addition to this, she frequently shares her pictures via her Instagram. Her Instagram is filled with her traveling, skating and funny pictures. She loves spending her leisure time with her family and twin sister. She also has a pet dog. She shared her picture one day before the opening ceremony of the 2018 Winter Olympics.

Her boyfriend Max Aaron is a top-level American young figure skater.  He along with Gracie Gold has done skating together. He is the 2013 U.S. National champion, the 2011 U.S. national junior champion, and the 2012 and 2013 U.S. International Cla s sic champion.  Her favorite foods are Pasta and Sushi.

Workout: She does regular exercise to stay fit and healthy; gymnastics, floor exercises, Cardio, and swimming.

Here is the video of her team event of Olympic 2014