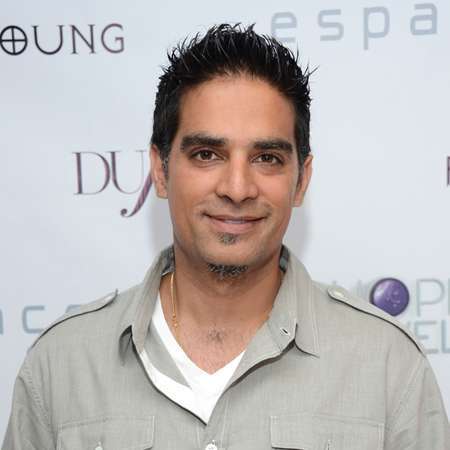 Gotham Chopra was born on 23rd of February in 1975 in Boston, Massachusetts. He was born to Deepak Chopra. He has a sister, Mallika Chopra. He studied at Belmont Hill School and was an undergraduate student at Columbia University.

At the beginning of his career, he changed his name from Gautama to Gotham as he was tired of a misspelling of his name in the United States. His sister and he launched IntentBlog and Virgin Comics when she collaborated with Sir Richard Branson. Virgin comics were later changed into Liquid Comics. He is a partner in Chopra media along with his sister. He is best known for making the film, Decoding Deepak, a feature documentary on his father. This documentary was premiered at the SXSW film festival.

In 2015, the Executive produced and directed Kobe Bryant’s Muse which was made based on an NBA superstar Kobe Bryant. The film got aired in Showtime Networks and was the highest performing documentary in the history of the networks. In a period of 1 week, he made another documentary based on the life of the superstar in the cricket field; Sachin Tendulkar titled The Little Master. This documentary was aired on ESPN winning 30 awards.

I Am Giant is another documentary on NY Giants WR Victor Cruz directed and produced by Gotham in 2015. He said that he knew Michael Jackson for over two decades through his father in an interview on CNN’s Larry King Live at Neverland Ranch.

In the Huffington Post, he had written about his friendship with the pop star Michael Jackson. He wrote how Michael called him at his dorm to help him with writing lyrics when he was a student and working together in Manhattan as an informal lyrics advisor. He said he met Jackson when he was 15 and used to have fun with his sisters, friends, and cousins and also wrote about how Michael called him on the very night when Michael married Lisa Marie Presley to ask him if he had got any married advice.

He said he still remembers how Michael used to visit his parents and how their relationship still maintained after being fathers at that time. He recalled how he used to visit Michael’s house with his wife, Dr. Candice Chen, a physician. His wife helped Michael when he had an accidental fall. He said that before the few months of Michael’s death, their last conversation was about parenting.

His work as a producer and executive producer includes Dinner with Deepak (TV series), The 36, The Adventures Club (TV Series), The Leaves, David Ortiz: The Last Walk Off (TV series), Chakra the Invincible (TV movie), Help Desk, 7 Brothers, The Seven Spiritual Laws of Success, How to Know God, Soul of Healing and Bulletproof Monk. He wrote Chakra the Invincible: The Rise of Infinitus and Decoding Deepak. He has also acted in The Love Guru.

Moving on to his personal life, his relationship status is married. He is married to Candice Chen. He has a son named Krishu Chopra who was born in September 2008. As being a responsible father, he teaches his son all the lessons that he gets from his father. When his son was 5 years old, Gotham taught him to meditate. He is very close to his son. There’s no news till now about him having extra-marital affairs which mean he is living happily with his family.

There’s no information about Gotham's physical appearance, so his exact height and weight are not available right now. His net worth and salary are also unknown. But looking at his work, we can say that he earns very well and living comfortably with his family. His bio can be found in other sites including IMDb.