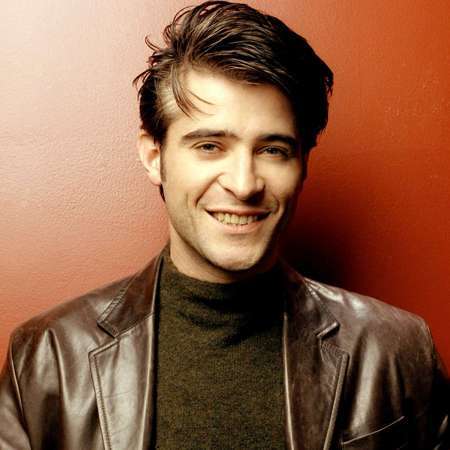 Goran Visnjic is a Croatian born American actor, known bets for his appearances in several British and American films and television productions. In the United States, he has been noted for his role as Dr Luka Kovac on the NBC medical drama ER. He was born on the 9th of September, 1972 and has been indulged in the acting industry since 1988. His bio and career details are searched widely by fans who wish to know the details of his professional and personal life.

Born in Sibenik, SR Croatia, to parents Zeljko and mother Milka, this actor was interested in acting since a very small age and thus appeared in several plays as a child. He made his debut on screen at the mere age of 16. He appeared as Ustasa in the highly controversial film of Yugoslavia, named Braca po materi. He also worked in the Yugoslavian army and later on the Croatian Ground Army. He studied in the Academy of Dramatic Art in Zagreb that taught him his acting skills. He was cast in Shakespeare’s Hamlet and portrayed the title role for 1994 to 2000 on the Dubrovnik Summer Theatre. For his role, he won several Orlando Awards. He appeared in several film roles for Practical Magic, Committed, The Peacemaker and also appeared in Madonna’s music video for The Power of Goodbye. His role as a Bosnian driver in Welcome to Sarajevo led him to be cast in the sixth season of ER. He replaced George Clooney in the show and portrayed the role of Luka Kovac until the show’s 14th season.

His other endeavors include acting in films like Close Your Eyes, Long Dark Night, Helen, Begineers, Ice Age, The Last Will etc.

As far as the dating history of this incredibly talented actor is to be considered, it has been known that he dated Lucija Serbedzija on 1993. The couple was in a romantic affair until 1997 after which they split up due to problems between them. He later dated Ivana Vrdoljak and married his girlfriend Ivana on 1998. His spouse is an artist and a sculptor and the daughter of director Antun Vrodoljak. The couple has been married for a long time now and is doing pretty well in their personal lives. They have two children together. Their children are adopted and are named Vivien Sofia, who was born on 2009 and Vigo Leo, who was born on 2011. They reside happily in Los Angeles, California and do not seem to be having any marital issues that might lead to divorce. With his other affair with Mirel Ruplic, he has a daughter named Lana Lourdes Rupic.

Goran has a net worth of 2 million dollars, which speaks a lot about his salary. He has a height of 6 feet and 4 inches.