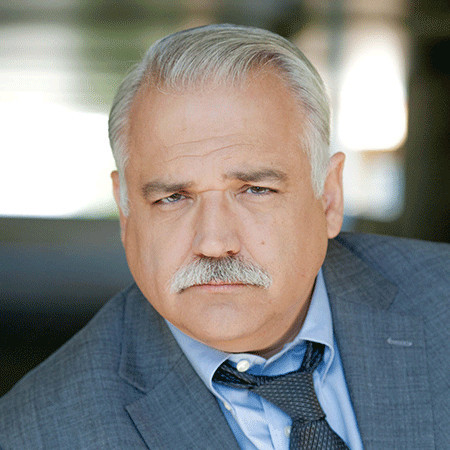 Glenn Taranto is an American actor and screenwriter. He is popular for his role in the movie The New Addams Family as Gomez and for the Stolen released in 2010. He is also a member of an unofficial stock company of Paul Haggis, an Academy Award winner Canadian director, screenwriter, and producer. He is good friends with Josh Lucas, Devin Maurer, and Jon Hamm.

Glenn Taranto was born on January 27, 1959, in Hackensack, New Jersey, United States. Glenn was born and raised in New Jersey. Glenn is an American national. He used to live in Brooklyn prior to moving to Los Angeles in 1992. Glenn has spent most of his time in Los Angeles.

Having been raised in New Jersey, Glenn Taranto completed his school years in New Jersey. There is no information available on his parents or his education qualifications.

There is no detail information on how he got into this profession. However, Glenn Taranto made his debut in acting in an episode of Rude Awakening. His role in The New Addams Family as Gomez made him popular among the viewers.

After Glenn Taranto made his debut in 1989, he started to get offers to small roles and guest appearances in different episodes of the show. He can be seen in Columbo as an engineer in an episode “Butterfly in Shades of Grey”, NYPD Blue as Jerry Hopkins in an episode “Safari, So Good”, CSI: Crime Scene Investigation as Bus Driver in the episode “Burn Out” and much more.

Most recently, Glenn Taranto completed his second screenplay which is an action-heist comedy based, titled “3-Way Split”. It is not known exactly how much this actor and screenwriter, Glenn Taranto is paid for his job but he receives a good amount of money as a salary and has a very good net worth.

Moving on to the personal life of Glenn Taranto, He is fifty-seven years old as has not revealed whether he is married or not. It is not known if he has any children. There is a speculation on his sexuality as well if he is straight or a gay. Having been a secretive person, he has not given any of his personal affairs to be out to the public and every answer to the curiosities is in shade.

During the early career, Glenn Taranto was an extra in the film shoots in and around New York City. He has carried a J&B box off the truck and into the Bamboo Lounge that can be seen in the movie in 1990 movie Goodfellas. He used to see every of the Broadway production of the time between 1981 and 1992. He is also a founding member of Bobby Moresco’s The Actor’s Gym. Glenn Taranto was also with Deidre Hall on the soap opera Days of Our Lives.