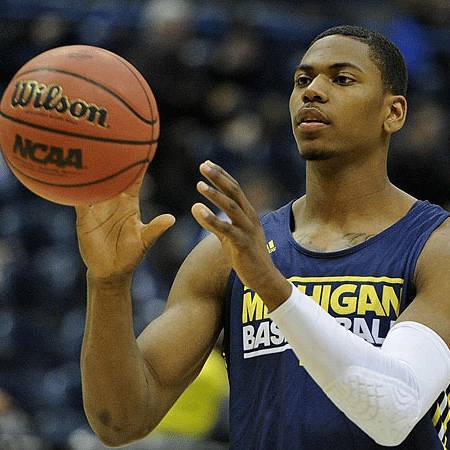 Glenn Alann Robinson, Jr. was born on 10th January 1973 in Gary, Indiana to Christine Bridgeman. Christine was herself a teenager when she had Glenn, thus Glenn seldom saw his father. Glenn attended Theodore Roosevelt High School in Gary. He was very enthusiastic at playing basketball and played it often. But Glenn was not receiving the best of grades at school so his mother once pulled him off the basketball team. After that Glenn took a job at an air conditioning and refrigeration  shop.

Glenn went on to attended Purdue University where he played basketball with the Purdue team, Boilermakers. While playing for Boilermakers, Glenn led them with 24.1 points and 9.4 rebounds a game in his first season. Successfully, Glenn led them to an 18–10 record in the regular season and an NCAA tournament appearance which was a big accomplishment. Glenn then received his First Team All-Big Ten and Second Team All-American honors. He went on to hone his baskeball skills in his junior season and averaged 30.3 points and 11.2 rebounds a game.

Glenn went on to become the first player since 1978 to lead the Big Ten Conference in both categories. Glenn become the only Boilermaker to have more than 1,000 points, 500 rebounds, 100 steals, 100 assists and 50 blocked shots in a career during his two seasons at Purdue. Then in 1994, Glenn announced that he was ready to be drafted in the 1994 NBA Draft and was thus selected by the Milwaukee Bucks as the first overall pick. Glenn went on to signed a almost equally exceptional 10-year, $68 million deal as a salary cap for rookies . This grand deal still stands as the richest NBA rookie contract. He then averaged at least 20 points per game in seven of his eight seasons in Milwaukee the following season.

Glenn is currently 42 years old, weighs 109 kgs and is 6 feet 7 inches tall. Throughout his career he has been recognized for being a 2 times NBA All-Star, National college player of the year, Big Ten Player of the Year, Big Ten Athlete of the Year  and NCAA Division I scoring leader .