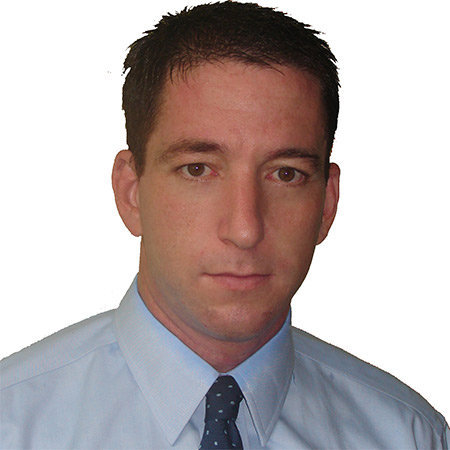 Glenn Greenwald is a renowned personality in the US political world. He is a lawyer, political and legal commentator, journalist and author as well

Glenn Greenwald was born on 6 May 1967 in New York City to his parents Arlene and Daniel Greenwald. Later His family moved to Lauderdale Lakes, Florida when he was small. Greenwald's parents are Jewish as he grew up in faith. However, Greenwald didn't become a bar mitzvah and he does not think himself as a religious person.

Glenn Greenwald attended George Washington University after he graduated high school. In 1990, he graduated from GWU with a bachelor's degree in Philosophy. He then went on to study law and received a Juris Doctor (J.D) from New York University School of Law in 1994.

Shortly after he earned J.D, he practiced law at Wachtell, Lipton, Rosen & Katz, a Litigation Department in 1994 till 1995. After his departure, he co-founded his own litigation firm Greenwald Christoph PC in 1996.

In October 2005, he launched a blog called Unclaimed Territory, which focuses on investigative issues like Plame affair, NSA controversy, CIA leak grand jury investigation and the indictment of Scooter Libby.

He began contributing his writing for Salon.com since 2007 and linking with his website. He left salon on 20 August 2012 and started serving The Guardian, to reach a new larger audience.

Later He left The Guardian on 15 October 2013, in pursue of a career in a journalist. Greenwald later worked as the editor of First Look Media's online publication 'The Intercept'; which was launched on 10 February 2014, other Greenwald co-workers are Laura Poitras and Jeremy Scahill.

He also won Electronic Frontier Foundation’s Pioneer Award. Along with Laura Poitras, Foreign Policy magazine named him one of the top 100 Global Thinkers for 2013. The NSA reporting he led for The Guardian was awarded the 2014 Pulitzer Prize for public service.

Glenn Greenwald has appeared in a numerous TV and radio shows such as ABC's This Week, HBO's Real Time with Bill Maher, NPR's All Things Considered, and Comedy Central's The Colbert Report.

In 2006, Working Assets released Glenn Greenwald's first book, 'How Would a Patriot Act? Defending American Values From a President Run Amok,' as his book was a huge success ranking number 1 on Amazon.com and earned the New York Times bestseller.

He then later published his books such as George W. Bush (2007), Great American Hypocrites: Toppling the Big Myths of Republican Politics (2008), With Liberty and Justice for Some: How the Law Is Used to Destroy Equality and Protect the Powerful (2011) and No Place to Hide: Edward Snowden, the NSA, and the U.S. Surveillance State (2014).

Glenn Greenwald is also honored with a number of awards including Izzy Award for independent journalism (2009), Online Journalism Award for Best Commentary (2010), EFF Pioneer Award for coverage and analysis of the 2013 mass surveillance disclosures (2013), George Polk Award (2013), Geschwister-Scholl-Preis for No Place to Hide (2014) and Siebenpfeiffer-Preis (2015).

Gleen Greenwald is a gay and is married to his partner David Michael Miranda in 2005. They are still together with no signs of divorce till date.

Glenn Greenwald is an American, speaker, a constitutional lawyer, author, and journalist. He is the three co-founding editors of The Intercept.

As an author, he has written four non-fiction New York Times best-selling books on politics and law. Greenwald successful career has showered him with a net worth of $8.5 billion dollars in accordance with Forbes.