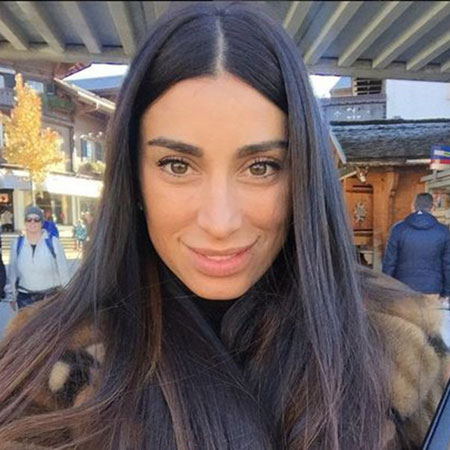 Giorgia Gabriele is an Italian model who rose to fame after a fun video of her and her boyfriend Gianluca Vacchi went viral in the year 2016. The video has crossed over 12 million views in social media.

This supermodel was married to millionaire Gianluca Vacchi however, the couple separated after dating for more than 4 years.

Giorgia Gabriele was born on 27th December 1985 in Italy. She belongs to white ethnicity and holds an Italy nationality.

Gabriele is an Italian citizen who spent her childhood in the small city of Sora. She was pa s sionate about fashion designing and dancing.

Gabriele moved to the Lumsa of Rome where she obtained her degree in economics and business. During high school, she made her TV debut as the showgirl on Italian television.

Gabriele also made an appearance in some reality TV shows and gained fame in the industry as a reality TV star.  She features on the covers of various Italian magazines and collects millions of fan follower on her Instagram page.

After completing her degree, Gabriele found her own fashion house, Wandering, for elite cla s s people and launched the fall winter designer collections in Milan.

Not only in Milan, she presented the show in the city of Paris and was loved by her creative art.

Moreover, Gabriele along with her husband, Gianluca Vacchi grabbed the attention of millions of viewers after they both posted a fun video where they both were seen dancing energetically to Ricky Martin’s La Mordidita. The video crossed over 12 million views.

Giorgia is married to Gianluca Vacchi, a millionaire entrepreneur. They first met in the year 2010. Though they start dating after three years of the first visit.

The couple posted some of the romantic dance videos on their social media which made them popular internet celebrity as well.

Due to certain reason, the duo ended their relationship in 2017. From May, the two have been absent from social media account which made their fans worry about their future.

After gaining huge fan follower in social sites, Giorgia Gabriele has successfully collected an estimated net worth of $600 thousand from her career in fashion designing and some reality shows.