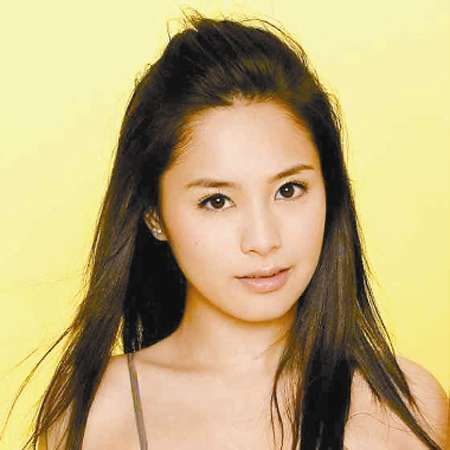 Gillian Chung was born as Chung Dik-saan and later at the age of two her name was changed to Chung Ka-lai. She was born on 21 January 1981 in Hong Kong. She was raised by her mother and her father died when she was just one years. She belongs to Asian by her ethnicity. Her nationality is Hong Kong - Chinese. Chung's sibling information is not known.

In early days of her career in 2000, she was involved with the model agencies she worked part-time. Same year she was approached job by Emperor Entertainment Group (EEG) which was accepted by her. She was also involved in several training before making her debut.

She made her television debut from 2001 TVB series The Monkey King: Quest for the Sutra. In 2003, she was featured in the television series Twins, All About Boy'z and Triumph in the Skies. She has also been featured in several TV series like Kung Fu Soccer (2004), Fox Volant of the Snowy Mountain (2006), The Holy Pearl (2011) and Ancient Sword Fantasy (2014).

Chung has also been featured in many movies and she made her debut in movies from 2002 movie U Man.  Same year she also appeared in Summer Breeze of Love and Just One Look. A year after her debut in 2003 she got chance to act in the movies like Happy Go Lucky, Colour of the Truth, The Twins Effect, The Spy Dad and The Death Curse.

Gillian Chung is very cute lady and she has been linked with many Asian super stars from Hong Kong, China and South Korea. As being one of the big names in Asian region she has fan in all over the world.

There are numerous rumors about her affair but neither of them has been confirmed by her. In 2006 she was romantically linked with Juno Mak, and it is rumored that they had an affair until 2010. She was also once linked with Taiwanese singer Kenji Wu but later she acted to the rumors that, the relation does not exist. Chung was in relationship with her Korean boyfriend Tyler Kwon and they separated in 2013. Currently according to her she is single. She is not married yet and the reason of being unmarried is that she might be looking for a perfect spouse.

Gillian Chung's bio is updated in Wikipedia and IMDb. She has net worth of 5 million dollars. And information regarding Chung's salary is under review.