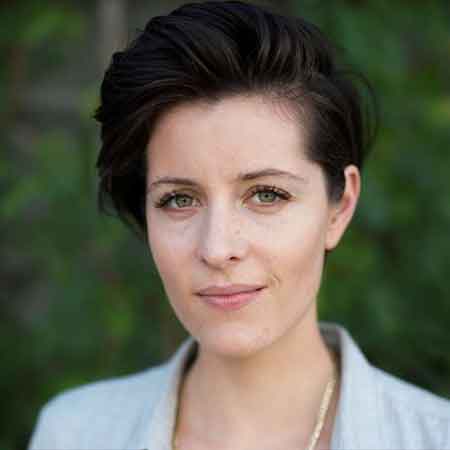 Famously known as the correspondent and producer of HBO's show, VICE, Gianna Toboni, covered and reported several aspiring stories from the world from where she earned an enormous success and attention from the world. She has covered several burning issues of the world which helped her to win several awards including Emmy Awards.

Regarding her personal life, she is married to her longtime boyfriend turned husband, Kyle Buckley.

Giana Toboni was born on 14th July 1987 in San Francisco, California under the birth sign Cancer, Toboni is American as per nationality and as far as her ethnicity is concerned, she is White.

Her parents raised her along with her four siblings in the Richmond district of San Francisco. Her sister, Jacqueline Toboni is an American actress best known for her role on NBC drama, Grimm.

Regarding her academics, Toboni attended the New York University and graduated with the degree in journalism. As per her, she chooses the filed after being inspired by the famous journalist Lisa Ling.

Soon after the graduation, Giana Toboni started working as a digital correspondent, field producer, and booker for ABC News. Toboni also landed as a correspondent on Al Zeera where she worked for months.

After leaving both networks, Toboni followed her dream to become a freelance correspondent. She then worked on an ambitious long-form doc u mentary in Haiti. Moreover, the doc u mentary shows the sexual abuse of woman and children at the hands of Peacekeepers Turned Perpetrators or the United Nations personnel.

She told about her experience,

''What we learned is that it wasn’t only happening there, it was happening in 14 of the 16 UN missions around the world. The story really progressed.''

The process of Haiti doc u mentary filming eventually caught the attention of VICE. In 2013, she joined HBO's  VICE and started working as a correspondent and a producer along with Isobel Young. The duo travels the world and reports several issues going on around the world.

The @alysew pretty much pitched one of the biggest stories of the year on a Tuesday and left for Europe on Wednesday to lead the charge in telling this story. In this pic, Shashoo, an Ethiopian refugee is showing us the route he's taking that night, we joined him in his overnight journey. The other story tonight is very good, it's about Permafrost and there are Russian reindeer involved. Great work @spencerchumbley @ramsayd @emoley @paulasalhany @rylans @chasenyc @fancytimclancy @davidschankula + #VICEonHBO team Airing tonight, 7:30P and 11P @hbo @vice

After joining VICE, she interviewed ISIS fighters in Iraq and covered disputed territory in the EastChina Sea. Furthermore, she also reported several ranges of topics like Syrian refugee, effects of gerrymandering on American democracy, and sexual a s sault on college among others.

As per Toboni, she did a story on transgender youth and it was one of her most challenging a s signments. She said,

''I think in retrospect, I realize that I feared the story a little bit because I didn’t really understand the issue fully and I didn’t know how I felt about it. So for me, it was really challenging seeing young people experience such internal conflict, and to be sort of tortured by their own being.''

After she did the story, she was recognized by the Newswomen's Club of New York at the Front Page Awards.

No matter how you feel about the word "transgender," I hope you'll watch and listen tonight. I'm emotional thinking about the experience of making this film. I think it's rare to be enlightened by kids. I was. @nicoboz you nailed it in every way. @thementalward we captured it bc the kids trusted you w a scary . @jh_hinzel you believed in this before it existed, we're lucky to work w you. @paulasalhany you, my friend, have graceful hands of gold that only bear beauty. @chasenyc thank you for guiding us and seamlessly cutting time as @nicoboz and I cried. @fancytimclancy thank you for believing in this and championing it from the beginning. #VICEonHBO beauties, great job and thank you. @baloosteel I love you. No one has read this far down but if you have, know that I'm drinking tea and eating cookies in a little s**t town in Russia, thinking of you, sending love.

Her brave work helped her to win several other awards including Emmy Awards, GLAAD Media Award, and Webby Awards among others.

Gianna Toboni's net worth has not revealed yet. But as per several sources, she has an estimated net worth of not less than $1 million, however, the amount is still under review. There is no doubt that Toboni earns an impressive amount from her work.

Gianna Toboni, the person behind the aspiring stories from all over the world is living a blissful married life with her long time-boyfriend turned husband, Kyle Buckley.

Some online sources reported that she got married to her now husband on 2nd September 2017 in Sonoma, California after having an affair for months. The couple, however, has not spoken a word about their wedding yet.

The husband-wife along with their dog named, Boloo currently resides in Los Angeles, California.

Due to Toboni's work, she has to visit several places and has a quite busy schedule. Despite that, the couple shares an unbreakable bond together and are still free from any kinds of rumor about their divorce and an extramarital affair.

Besides, she loves cooking and enjoys spending time with her pet dog.

Check out the interview with Gianna Toboni: