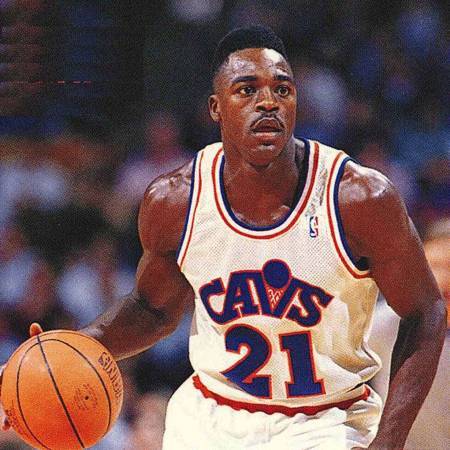 Gerald Bernard Wilkins was born on 11th September 1963 in Atlanta, Georgia where he spent most of his childhood playing basketball with his older brother Dominique Wilkins who is a famous former Atlanta Hawks basketball player.

Gerald attended Benjamin Elijah Mys High School located in Atlanta, Georgia where he played basketball. Then he went on to join Moberly Area CC in 1981 and played in the varsity team till 1982 after which he was transferred to Chattanooga. He played his collegiate basketball in Chattanooga till 1985. Then later in 1985, Gerald declared that he was ready to be drafted in the 1985 NBA draft. Thus he was selected by the New York Knicks in the second round as the 47th overall pick. His procareer thus began as a Shooting guard for New York Knicks. While with the Knicks he constantly became the second leading scorer. Then he left the Knicks in 1992 and became a free agent. He then signed with Cleve;and Cavaliers for the 1992 season. The Cavaliers began dubbing Wilkins as ‘the Jordan Stopper’ as they hoped that he would finally fit the puzzle in order to defeat Chicago bulls’ Michael Jordan. However, the bulls won the 1993 NBA Playoffs with the Cavaliers. Later Wilkins suffered various injuries due to which he had to sit out most of the 1994-95 season. Later he joined the Vancover Grizzlies in the expansion draft but could not play most of the games due to injuries. Thus he went on to play only 28 games out of 82. He left Grizzlies in 1996 to play for Orlando Magic. He signed the 1997-98 , $300000 contract as a free agent. And then in 1999, Wilkins went on to sign a three year, seven million dollar contract with the Magic. 1999 marked the end of his playing career with an NBA average of 13.0 points per game with 2.9 rebounds and 3.0 assists per game.

Gerald married Vita Wilkins with whom he has three children named Damien, Jasmyn and Holli. The couple has not had any reported disputes or extra marital affairs. Damien Lamont is a well known professional basketball player who is currently playing as a small forward for Puerto Rico’s Indios de Mayaguez. Jasmyn is the Miss Georgia USA 2012 and Miss USA 2012’s 4th runner-up. His youngest daughter Holli plays in the Furman Women’s team.

Gerald is currently 51 years old, weighs nearly 84 kgs and is 6 feet 6 inches tall. Throughout his basketball career, Gerald has been noted for his basketball abilities. He was once named the Player of the Week in 1991. Gerald also participated in the NBA Slam Dunk Contest in 1986 and 1987 where he went on to finish 4th and 7th respectively. Recently after a dispute with one of the staffs, Gerald has been banned from visiting Forsyth County recreation centers for two years.